Which political model are countries in the ASEAN region more likely to follow – Cambodia or Malaysia? analyst Simon Roughneen asks in the Nikkei Asian Review.

With an increasingly powerful and authoritarian China expanding its influence region-wide — not least in Cambodia, seen by many as a Chinese client state — the Hun Sen blueprint could catch on, analysts suggest.

“As U.S. influence in the region slowly wanes, China’s will only increase,” said Miha Hribernik, head of Asia research at U.K.-based consultancy Verisk Maplecroft. “We expect that Sunday’s election was closely watched by other countries in the region, particularly Thailand. The absence of any repercussions will plausibly embolden the military junta to yet again delay the next general election, currently scheduled for 2019.” 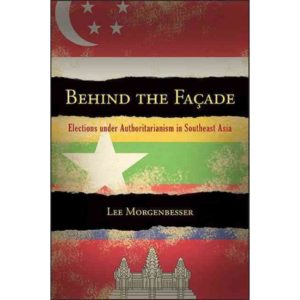 “The election in Cambodia involved a united ruling party headed by a supposedly popular dictator competing against an assortment of powerless opposition parties,” said Lee Morgenbesser of the School of Government and International Relations at Griffith University in Australia.

“In Malaysia, the contest was very different,” added Morgenbesser, author of “Behind the Facade: Elections under Authoritarianism in Southeast Asia.” RTWT

Malaysia can use its recent experience to consolidate democracy internally and contribute to democratization in the region, argues James Gomez of the Asia Centre.

By establishing a Malaysian Democracy Foundation and being active in regional and global democracy forums, Malaysia stands to gain domestically and internationally as a catalyst for democracy, he adds. Such an initiative would be farsighted and would be well-received and generously supported by all democrats, says Gomez, formerly a human rights and service fellow of the Taiwan Foundation for Democracy and presently a 2018 fellow of the Korean Democracy Foundation. RTWT