Facebook, Google and the ‘big data’ revolution is undermining western democracy while strengthening the hand of authoritarian states to address the challenges thrown up the globalization, the Telegraph reports: 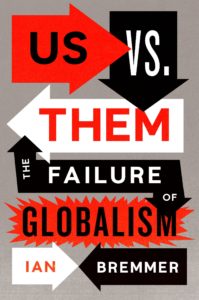 That is the contention of Ian Bremmer, a leading US political scientist, who warns that the west’s assumption that the information revolution would lead to the inexorable democratisation of countries like China is turning out to be wrong.

“What Frank Fukuyama did not expect [when he wrote about The End of History], was  the role of technology in allowing authoritarian governments to exert a lot more control and facilitate more stability,” said Bremmer in an interview with the Telegraph.

Bremmer takes on the populist backlash against globalism in his new book, “Us vs. Them: The Failure of Globalism,” out April 24.

He postulates that “democracies have an important advantage over authoritarian states by allowing space for protest and other demonstrations of public anger.” But once his rapid survey of 12 developing countries is complete, the rest of his book is mostly a pessimistic reading of what is happening in the world’s democracies, Columbia University’s Howard French writes for the Wall Street Journal. While these societies are busy building walls of one kind or another, whether to prevent integration or to pursue protectionism, Mr. Bremmer says that their social contracts are steadily eroding.

Two essays in the latest issue of the NED’s Journal of Democracy examine the roots and implications of populism’s global ascent.