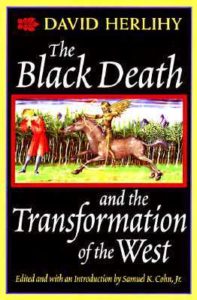 Throughout the centuries, competitors of the prevailing system have known that disaster presents them with an opportunity. Writing about the Black Death, which culled more than 40 per cent of Europe’s population, the historian David Herlihy (left) notes that the plague “discredited the leaders of society, its governors, priests, and intellectuals, and the laws and theories supported by them”, analyst Carl Benedikt Frey observes.

On the surface it might look as if Covid-19 has already turned a democratic recession into a depression. However, if political regimes are judged by how they have responded to the pandemic, a democratic depression seems unlikely: Covid-19 has exposed the flaws of authoritarianism while showing the strengths of democracy, he writes for The Financial Times:

The capacity of a state and the degree of economic inequality among its residents will determine how successful it is in coping effectively with a pandemic like COVID-19. Whether it is a democracy or a dictatorship matters relatively less, according to research by Wharton management professor Mauro Guillen.

Research by The Economist on epidemics since 1960 found lower mortality rates in democracies than in dictatorships, he observes in “The Politics of Pandemics: Democracy, State Capacity, and Economic Inequality,” a working paper that tracks epidemic outbreaks in 146 countries since 1995. It is the first study to explore the effects of democracy, state capacity, and income inequality on epidemic dynamics. 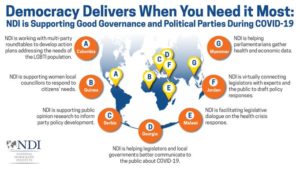 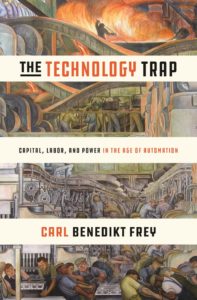 So far, democracies with more collectivist cultural traits have responded better to the pandemic, adds Frey, author of ‘The Technology Trap: Capital, Labor, and Power in the Age of Automation’, and Citi Fellow at the Oxford Martin School, Oxford University. There is reason to believe that collectivist values will spread after coronavirus: a recent study in the Proceedings of the Royal Society found that collectivist versus individualistic attitudes vary with pathogen risk, suggesting that increases in disease exposure might make countries more collectivist. RTWT

Being a democracy and having state capacity are not always correlated. Some democracies are newly independent countries and relatively poor, and they don’t have strong government programs, said Guillen:

“Over the last 20 years, we’ve seen a lot of these countries — for example, in Africa — becoming democracies. But they lack resources and they lack strong government programs. Those are the most vulnerable, and this is why we see that so many epidemics ravage the developing world.”

It gets worse for poor countries that remain dictatorships. “They face a double whammy because they don’t have resources, and they don’t have strong government programs,” said Guillen. RTWT