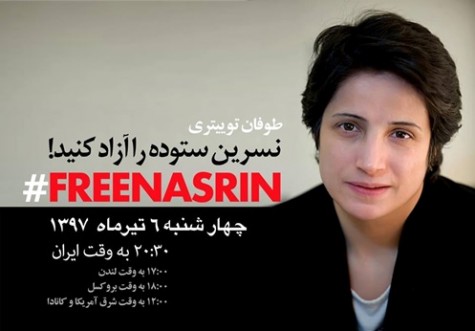 Dissidents in China, Hong Kong and elsewhere have noted the appalling consequences in the last century when liberal democracies failed to stand up sufficiently strongly against totalitarian regimes, notes Oxford University Chancellor Chris Patten, a former Governor of Hong Kong.

Lord Mandelson’s plea for a sensible policy, presumably constraining Chinese bad behavior and encouraging good, would be more credible if he said what he thought about some of the actions for which China is “demonized”, he writes to the FT: for example, the persecution of dissidents and human rights lawyers; the terrible crimes against the Uighurs in Xinjiang; the evisceration of Hong Kong’s freedoms and the beginning of an assault on the independence of the judiciary in that city; and the military threat to Taiwan.

What’s true of Alexei Navalny in Russia is true of Jimmy Lai and Joshua Wong in Hong Kong. It’s true of Ilham Tohti and Xu Zhiyong in mainland China. It’s true of Nasrin Sotoudeh (above) and Alireza Alinejad in Iran. It’s true of José Daniel Ferrer (below) in Cuba and Leopoldo López of Venezuela, argues Bret Stephens.

Dissidents matter to the U.S. strategically. The dictatorships that most threaten the free world are too powerful to be brought down militarily. Nor are they likely to moderate their behavior thanks to economic prosperity or reformers working within the system, he writes for the Times:

Anyone in doubt on this score need only look at China’s recent trajectory as an ever richer and ever more repressive regime. What can bring dictatorships down is a credible domestic opposition that galvanizes public indignation through acts of exposure, mockery and heroic defiance. That defiance highlights the hypocrisies of the regime while demonstrating the possibilities of challenging it.

What can bring dictatorships down is a credible domestic opposition that galvanizes public indignation through acts of exposure, mockery and heroic defiance. https://t.co/lpBDKOJWQ5