President Biden instructed the State Department on Monday to reengage with the United Nations Human Rights Council, reversing a decision by the Trump administration to withdraw from it nearly three years ago because of frustrations that the council repeatedly criticized Israel, the Post reports.

Secretary of State Antony Blinken said U.S. withdrawal from the U.N. body in June 2018 “did nothing to encourage meaningful change, but instead created a vacuum of U.S. leadership, which countries with authoritarian agendas have used to their advantage.”

“When it works well, the Human Rights Council shines a spotlight on countries with the worst human rights records and can serve as an important forum for those fighting injustice and tyranny,” Blinken said in a statement Monday.

Ambassador Eileen Chamberlain Donahoe, who served from 2010 to 2013 as the first U.S. ambassador to the U.N. Human Rights Council, says engagement with the council allows the U.S. to “influence global perspectives on crisis situations” and “gain international leverage to address human rights atrocities that otherwise might not have gotten attention,” adds Just Security.

“This was a very important signal to send early in the administration,” said Donahoe, a board member of the National Endowment for Democracy (NED). “The Biden administration has been crystal clear that it believes strongly in multilateral diplomacy and intends to prioritize democracy and human rights. The announcement today is part of that larger effort and reinforces the message to the rest of the world that the United States is coming back to provide values-based leadership.” 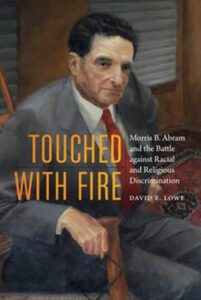 But re-engagement with the UNHRC must be “principled,” said UN Watch, founded by U.S. human rights advocate Morris Abram (right). “We have always believed in the essential role of U.S. leadership at the world body to counter the influence of dictatorships such China, Russia and Cuba,” it said, but…..

“The cost of the U.S. rejoining is that it lends legitimacy to a council where tyrannies and other non-democracies now comprise 60% of the membership, including serial abusers of human rights like China, Russia, Cuba, and Pakistan, all of whom have escaped any censure in the form of a council resolution, inquiry or urgent session,” said UN Watch executive director Hillel Neuer.

“In exchange, the U.S. at a minimum must demand serious reform, removing despots from the council such as Venezuela’s Maduro regime, holding dictators to account for their oppression, and ending the notorious agenda item that targets Israel alone in each session.”

For more information, see 7 Key Facts on the UNHRC.