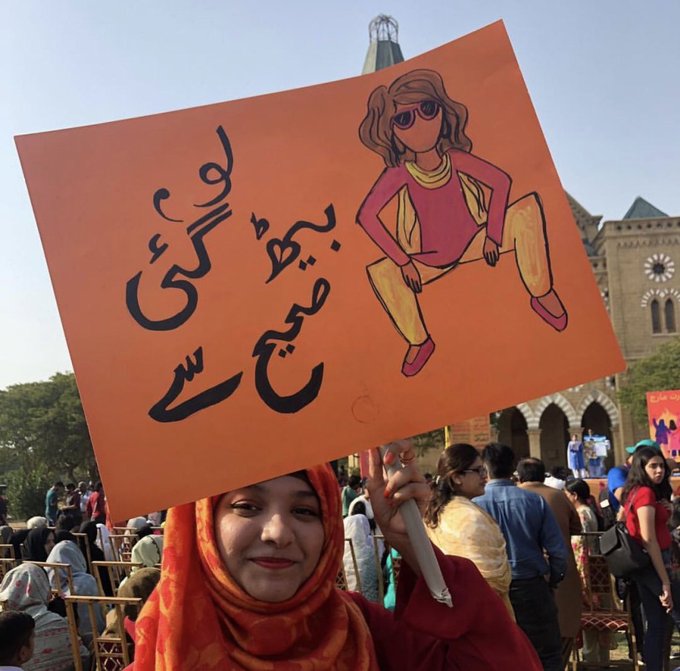 He calls himself “Pakistan’s biggest feminist”, but soap opera writer Khalil-ur-Rehman Qamar sparked a national row this week after he hurled abuse at a women’s rights activist on live television, AFP reports:

The invective-laden diatribe came just days before thousands of people are expected to march in cities across Pakistan to mark International Women’s Day, adding fuel to growing calls for greater freedoms in the ultra-conservative nation where pushback against such demands can sometimes be vicious. Qamar’s tirade targeting activist Marvi Sirmed quickly went viral, highlighting Pakistan’s acrimonious conversation around women’s rights and cultural values. 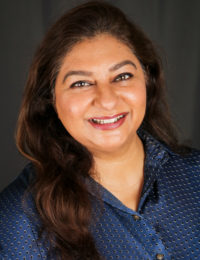 Sirmed (right), a leading Pakistani rights campaigner, says extremists, fanatics, and mobsters cannot stop their peaceful protests. Now a fellow at Washington’s National Endowment for Democracy (NED), Sirmed’s recent altercation with a leading screenwriter on nighttime TV attracted a lot of attention to the March 8 protest. For Sirmed, the controversy presents another opportunity to highlight the plight of women in her country.

According to the Pakistan Demographic and Health Survey (2012-13), almost 32 percent of women have experienced physical violence in Pakistan and 40 percent of ever-married women have suffered spousal abuse at some point in their life, Al Jazeera notes. These numbers are likely to be an underestimate as, according to the United Nations Population Fund (UNFPA), one in two Pakistani women who have experienced violence never sought help or told anyone about it.

Sirmed is the founding president of Ideas Hub, an innovative model of social entrepreneurship aimed at supporting democrats and survivors of terrorism, as well as strengthening democratic institutions. A member of the executive council of the Human Rights Commission of Pakistan, she also serves as board chair of Bytes for All, a digital rights organization. During her Reagan-Fascell fellowship at the NED, Ms. Sirmed plans to explore the drivers of shrinking civic space in South Asia. She is also considering ways in which local actors and other stakeholders can work together to strengthen freedom of expression and association in the region.

Democracy can only succeed when it involves and represents all citizens — including women, the National Democratic Institute’s Derek Mitchell notes. On International Women’s Day, March 8, NDI celebrated the critical role that trailblazing women play in democratic politics and the progress that has been made in women’s political empowerment. But we also recognize progress is not nearly quick or widespread enough to realize the promise and potential of full gender equality in politics in our lifetimes.

That is why NDI has launched the Changing the Face of Politics initiative, dedicated to achieving full gender equality in politics worldwide by 2030. Watch the brief introductory video (below) on the initiative and NDI Chairman Madeleine Albright’s International Women’s Day message, where she offers her perspective on the progress made — and the progress yet to be made — in the global march toward gender equality.