Andrew Card, Chairman of the National Endowment for Democracy (NED), honored the late Senator John McCain with a posthumous presentation of NED’s Democracy Service Medal at the International Republican Institute’s annual Freedom Dinner and Award Ceremony. IRI Board Member and close friend of McCain, Senator Lindsey Graham, accepted the award on his behalf. 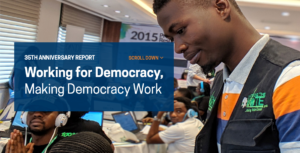 Thirty-five years after its establishment, the National Democratic Institute has become a leader in the democracy field by prioritizing creativity and innovation, and crafting programs that account for the unique context of each country, writes NDI President Derek Mitchell.

Translating democracy’s promise into a better life for all can be frustratingly slow and difficult, he adds: 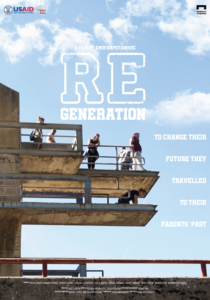 Traditional mindsets persist. Intolerance and demagoguery can overwhelm the capacity of new democratic institutions to withstand and resist. Authoritarians who have long used oppression to silence voices at home now learn from and cooperate with one another. They use new technologies to spread division and disinformation farther and faster than ever before.…RTWT

The feature-length documentary re:Generation by director Emir Kapetanovic, part of the IRI’s USAID-funded reconciliation project in Bosnia and Herzegovina was recognized with a Special Mention by the Jury in the Best Documentary category at the 2019 South East European Film Festival (SEEfest) in Los Angeles, California.