A Belarusian court has sentenced a businessman to 15 years in prison for administering more than two dozen social media chats on protests that followed a disputed presidential election in August 2020 that saw authoritarian ruler Alyaksandr Lukashenka claim a sixth term in power despite claims from the opposition and Western governments that the balloting was rigged, RFE/RL reports:

The Minsk-based Vyasna (Spring) human rights center said in a statement that details of the offense Kuzmitsky allegedly committed have not been released, although he was also charged with creating an organization to carry out terrorist activity or participate in it, calling for sanctions or other actions aimed at harming Belarus, and inciting racial, national, religious or other social enmity.

Tsikhanouskaya joined Deutsche Welle to discuss how Russia is using Belarus for its missile attacks on Ukraine (above).

The boundless sacrifice and resilience of people in Belarus, Ukraine, Burma, Hong Kong, Sudan, Nicaragua, Cuba and countless other places to defend their freedom and rights in the face of often brutal violence reflect the continued viability and power of the democratic idea, NDI’s Derek Mitchell writes for Democracy Without Borders.

Internationally isolated and lacking legitimacy, Lukashenko has thrown his lot in with the Kremlin and moved forward with strengthening the Russia-Belarus Union State, Meduza reports. Then, in February 2022, Moscow used Belarusian territory as a launchpad in a full-scale invasion of Ukraine. Eight months later, Lukashenko is still trying to avoid direct involvement in Russia’s war — at the expense of Belarus’s sovereignty. 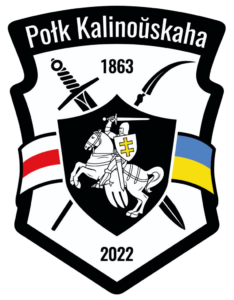 Then there’s the political risks of mobilizing for war, analyst Eilish Hart writes for The Beet. “Lukashenko is worried. He understands that if he’s dragged into the war, if there are casualties suffered, this would have a negative effect on his legitimacy and how people perceive him — even his core electorate,” said political analyst Katsiaryna Shmatsina.

Meanwhile, some 1,500 Belarusian nationals are reportedly fighting on the Ukrainian side, Meduza adds. The Kastuś Kalinoŭski Regiment, named after a Belarusian revolutionary who led an uprising against the Russian Empire in the 19th century, is the most prominent force among them. Its stated mission is the “liberation of Belarus through the liberation of Ukraine.”

Oppositions in electoral authoritarian regimes often boycott sham elections. Yet unfair elections can be game-changing, notes political scientist Alyena Batura.* In an article for the latest Journal of Democracy she shows how the Belarus opposition contested the 9 August 2020 presidential election to mobilize a large-scale grassroots prodemocracy movement by:

This years-long struggle and process of civic education may plant the seeds of a durable participatory democracy in a future Belarus. Ultimately, the 2020 civic mobilization transformed the consciousness of the Belarusian nation and laid the foundations for the struggle to come. RTWT

*Writing under a pen name

“#Lukashenko is worried. He understands that if he’s dragged into the war, if there are casualties suffered, this would have a negative effect on his legitimacy — even his core electorate,” @kshmatsina told @EilishHart @meduza_en’s @thebeetofficial. https://t.co/ZE0976nBRj