Human rights groups are calling for an urgent intervention in the case of an Egyptian activist arrested after she posted a video criticizing the government for failing to protect women against sexual harassment, CNN reports:

Amal Fathy (left), an activist focusing on democratization in Egypt, was arrested alongside her husband — Mohamed Lotfy, director of the Egyptian Commission for Rights and Freedoms (ECRF) — early Friday, Amnesty International said.

Police raided the couple’s home in the Cairo suburb of Maadi at 2.30 a.m. Friday (8.30 p.m. ET Thursday) and took them and their 3-year-old child to the police station, Amnesty said in a statement. Lotfy and the child were released after three hours but Fathy was kept in detention, with police saying a prosecutor needed to examine her case, Amnesty said. 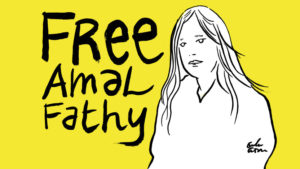 Fathy’s arrest is yet another attempt by the Egyptian state to intimidate activists and persons of conscience by threatening imprisonment under fabricated allegations, said several Egyptian human rights groups, who called for her release. The case will likely remain open as a way of lashing out against any attempt at free expression, especially on social media, they added.

“This is the 7th time the Egyptian Commission for Rights and Freedoms and its management suffer from intimidation and persecution by the hands of an Egyptian security body,” ECRF said. “Last night however, is considered a precedent in the practices used by the security to hamper the work of human rights organizations, by targeting the executive director’s wife who remains in custody.”

The Observatory for the Protection of Human Rights Defenders, a partnership of the World Organization Against Torture (OMCT) and FIDH, called for an urgent intervention to resolve the situation.

“Pro-government and state-owned media outlets released articles citing the video, identifying Amal as an April 6 movement activist and the wife of Mohamed Lotfy and accusing her of insulting Egypt and Egyptian institutions,” said Amnesty. “Since yesterday, there has been a wave of harassment on social media along with threats to her as a result of the video. This includes the use of gender-based insults, and calls for her arrest.

Regeni’s son was reported missing in January 2016 while in Cairo conducting research on Egypt’s labor unions for his postgraduate thesis at Cambridge University. His body was found a week later bearing signs of torture. Ms. Regeni has begun fasting in an effort to hasten the release of Fathy, who was arrested on May 11 after posting a video “criticizing the government for failing to protect women against sexual harassment.”

Amnesty said the arrest of Fathy, a member of the now-banned April 6 youth movement, which played a role in 2011 mass protests that ousted President Hosni Mubarak, was a “new low in Egypt’s crackdown on freedom of expression.” 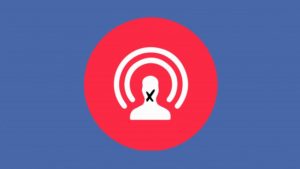 Since 2013, el-Sissi has overseen the biggest crackdown on critics in living memory, jailing thousands of Morsi supporters as well as some of the iconic activists behind the 2011 uprising that toppled Mubarak, the Associated Press reports. He has rolled back many of the freedoms won by the uprising, silenced most dissenting voices in the media and placed severe restrictions on civil society groups.