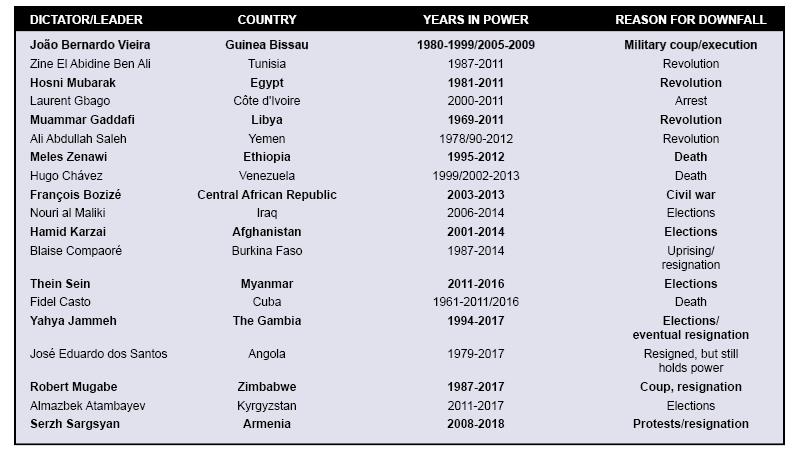 All around the world, democracy is looking shaky, says Natasha Ezrow of the University of Essex. While consolidated democracies are struggling to stay healthy, many flawed ones have turned into outright authoritarian regimes – most notably Russia under Vladimir Putin and Turkey under Recep Tayyip Erdoğan. But the news isn’t all bad: on several continents over the last decade, longstanding dictators have resigned, lost elections, or been deposed. As the table indicates, the number of dictators who’ve fallen in recent years for all sorts of reasons is a cause for optimism, she writes for the Conversation.

As recent events in Armenia attest, citizens the world over are becoming more involved in politics and taking their
displeasure to the streets, Ezrow adds. And while it’s true that most dictators who fall are replaced by another dictator, there are enough examples to the contrary to give the defenders of democracy some hope.