Is democracy promotion a core element of America’s foreign policy identity? Former Secretary of State Condoleezza Rice believes so, but others are not so sure.

U.S. foreign policy is overdue for a rebalancing, one that would curb military deployments in more than 100 countries and instead revive a more multidimensional approach to strengthen democracy and make the world safer, The New York Times recently observed:

James Goldgeier, a professor of international relations at American University, said that a recent roundup of progressive and conservative views on reimagining foreign policy, in the Texas National Security Review, showed potential for a bipartisan consensus. It would be based, he said, on “the growing belief among many progressives and conservatives that the United States should be engaged in fewer military interventions in the world, given the failures in Iraq, Afghanistan and Libya.”

Moral responsibility is integrally linked to the national interest, says Tod Lindberg, a senior fellow at the Hudson Institute and a member of the Committee on Conscience of the U.S. Holocaust Memorial Museum. That we aren’t very good at preventing humanitarian crises is no reason to ignore the moral aspect of foreign policy. 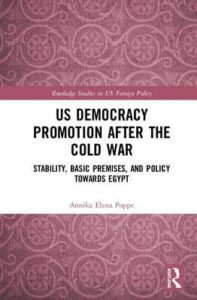 The fundamental point with regard to a prevention agenda is that a policy toward country X is incomplete without one. The U.S. government, as a matter of national interest, conducts assessments of political risk worldwide, typically at the country and regional level. Two conclusions follow, he writes for The American Interest:

That we are so far able to do so only imperfectly, with regard both to our processes for identifying and ranking risk and to our policies for mitigating it, is no reason to pretend we don’t care about this moral aspect of our national security interests, Lindberg adds. It’s reason to work to get better at the task.

The newly-formed Quincy Institute for Responsible Statecraft promises to create an alternative bipartisan around “ideas that move US foreign policy away from endless war and toward vigorous diplomacy in the pursuit of international peace.”

Yet such a progressive-conservative “restraint coalition” faces more obstacles than may seem apparent, analyst Hal Brands writes for the American Enterprise Institute: 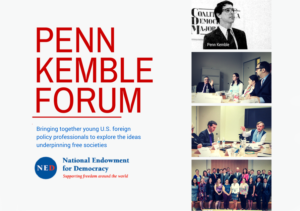 It’s a “disturbing portent” to see the Quincy Institute being backed by liberal philanthropist George Soros, notes James Kirchick, a former Penn Kemble fellow at the National Endowment for Democracy.

He used to believe that his adopted country could play such a beneficent role in the world, which is why he and his organizations so strongly supported democracy promotion and NATO enlargement, he writes for The Washington Post. His new friends in the Quincy Institute deride such things as “meddling” and “warmongering.” This is the language we expect to hear from right-wing “America First” isolationists.

Today, the state of US opinion on foreign policy is ambiguous, which has created a window of opportunity for progressive and conservative advocates of restraint, adds Brands. But if a darkening geopolitical horizon, and especially the rise of a new superpower challenger in China, reawakens the globalist inclinations of the American public, that window may not stay open for long.

Overall, the three basic premises underpinning US democracy promotion – that democracy is a universal aspiration, that external democracy promoters can legitimately engage in another country’s political affairs, and that democracy assistance is in key stakeholders’ mutual interest – have proven to be “remarkably resistant,” according to recent academic research.

The resilience of basic premises is tested “when rhetoric is faced with reality and the implementation of policy,” and U.S. policy and actions in the case of Egypt’s abortive democratic transition suggests that “they have proven relevant and valid even in this particularly challenging case of US democracy promotion policy,” argues Dr. Annika Elena Poppe, a senior researcher at the Peace Research Institute Frankfurt (PRIF). In short, the premises “remain resilient,” she writes for Foreign Policy Analysis. RTWT