By any measure, the decline of Putinism is indisputable. It was best captured by a poll conducted in May by the government-run Public Opinion Center, which showed that public trust in President Vladimir Putin had fallen to 25 percent, notes Michael Khodarkovsky, a professor of history at Loyola University Chicago, and the author, most recently, of “Russia’s 20th Century: A Journey in 100 Histories.”

Putinism appears destined to last a far shorter time than either Marxism or Leninism, he writes for The New York Times:

It was conceived as a hybrid autocracy in which a ruling elite controls most of the economy and media in the name of the state, but tolerates a limited number of independent but closely watched businesses and media outlets. Unlike the Chinese Communist Party, with its total control of society, Mr. Putin’s Kremlin has chosen to leave an escape valve for dissenting opinions — as long as they remain marginal and pose no threat to those in power.

The Kremlin understands that genuine democracy would mean the end of Putinism, and so it leaves those who desire change through democratic means with no options. But does Mr. Putin really want to turn Red Square into a Russian Tiananmen Square? Khodarkovsky asks. RTWT

“The situation is so fluid right now that the horizon is only a few months,” said Sergei Medvedev, a professor of political science at Moscow’s Higher School of Economics. “You would be an idiot to be planning too far ahead in today’s Russian politics.” 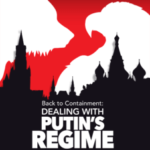 After five years of falling incomes, Russians are showing an increasing appetite for protest, particularly on the socioeconomic issues that eat at the heart of Putin’s social contract of authoritarian rule in exchange for stability and prosperity, analysts Amy MacKinnon and Reid Standish write for Foreign Policy:

Putin’s approval ratings dropped steadily since last summer, when the government announced plans to raise the retirement age, hitting a 13-year low in May. Protests have sprung up across the country against issues such as planned garbage dumps, proposals to build a church on popular parkland, and a land swap between two republics in the North Caucasus.

“More and more people are growing discontent, and what is most important for me is that people are losing [their] fear,” said Natalia Arno, the president of the Free Russia Foundation. “For many years people wouldn’t be protesting or they would be afraid of participating in unsanctioned rallies.”

Kremlin critic Mikhail Khodorkovsky hopes a new documentary film about his life chronicling his journey from being Russia’s richest man to an exiled dissident will open the West’s eyes to the nature of modern Russia, Reuters reports:

The film, “Citizen K”, was made by Oscar-winning U.S. filmmaker Alex Gibney and premiered at the Venice Film festival this weekend. It was based on more than 24 hours of interviews that Khodorkovsky, who is now based in Britain, gave over a period of months. It tells the story of Khodorkovsky’s dramatic 2003 arrest on an icy Siberian runway by armed men and his fall from grace, punishment for what he and his supporters believe was his interest in Russian politics and fighting corruption.

“Today’s Kremlin regime has learned the art of window dressing very well, but it’s important to understand that behind these beautiful windows there is not just an ordinary authoritarian state but a real mafia, which has taken over this state,” Khodorkovsky, 56, told Reuters.

“If we look at how these methods are applied in relation to the West, we will see corruption, blackmail, compromising materials and even violence. While negotiating with the current Russian regime the West should understand it’s dealing with a criminal organization.”

“Today Russia is not just an authoritarian state, it is a state that has been taken over by the mafia,” Khodorkovsky told a news conference, AFP adds:

It has had an enthusiastic reception, with David Rooney of Hollywood Reporter calling it a “lucidly accessible account of post-Soviet Russia’s lurching transition out of communism into a free-market economy that became a Wild West of gangster capitalism” and a “scalding portrait of Putin’s Russia”.