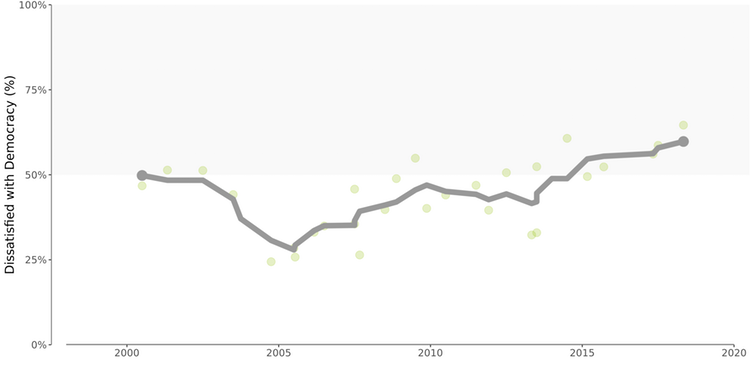 Perfidy – or, corruption and scandal – is one of the strongest predictors of dissatisfaction with democracy, note University of Cambridge researchers Roberto Foa and  Andrew James Klassen. Inevitably, more extreme examples can be found in many emerging democracies. In Brazil, democratic dissatisfaction has soared since the start of the “Lava Jato” investigations in 2014. And in South Africa (above), a string of corruption revelations during the presidency of Jacob Zuma sent democratic dissatisfaction soaring to record highs, they write for The Conversation.

In Africa’s Totalitarian Temptation: The Evolution of Autocratic Regimes, a lively and wide-ranging study of authoritarianism in Africa, the National Endowment for Democracy’s Dave Peterson, defines as “totalitarian” any regime that creates political institutions to dominate
society, espouses an all-encompassing utopian ideology, and attempts to mobilize its citizens on a mass scale, Nicolas van de Walle writes for Foreign Affairs: 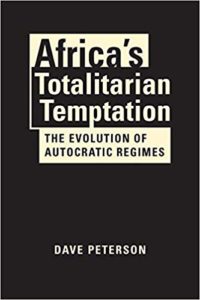 Since the return of multiparty electoral politics in the early 1990s, the most typical kind of regime in Africa seems to be an electoral autocracy, a system that combines many authoritarian practices with regular elections. Peterson recognizes that this kind of system cannot be defined as totalitarian but argues that totalitarian tendencies continue to appeal to autocrats in the region. He worries that the developmental success of Ethiopia and Rwanda will make a harder-edged authoritarianism attractive to both international donors in search of economic efficiency and budding autocrats who wish to entrench their power.

Afrobarometer and the Africa Regional Office of the Open Society Foundations (OSF/Afro) have agreed on a strategic map on the future of African democracy to guide a path of actionable collaboration among key African regional and sub-regional institutions, as well as independent research think tanks, to advance the cause of democratic governance.

February 13 marks the United Nations World Radio Day, celebrating the role of radio in educating the public, spreading vital information and promoting democratic freedom, note IRI’s Cameron Ahern and Molly Salter. Even as technological advantages have ushered in a communications revolution, radio remains one of the most accessible platforms through which citizens engage with their governments in many parts of the world, and especially across Africa.

In Nigeria, the International Republican Institute (IRI) has leveraged radio to help close the gap between citizens and government officials—disseminating political party platforms and encouraging issue-based discussion between candidates and constituents.