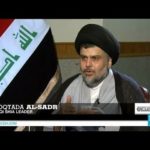 In this year’s key parliamentary elections in Iraq and Lebanon, formerly controversial populist figures performed far better than expected and are playing central roles in the scramble to form governments, according to Chatham House analysts Renad Mansour and Lina Khatib. In Iraq, the Saeroon coalition led by Shiite cleric Moqtada al-Sadr, the notorious former leader of the Mahdi Army militia, won the plurality of seats. In Lebanon, the Samir Geagea-led Lebanese Forces, a former militia traditionally seen as a right-wing Christian party, doubled its number of seats in parliament, they write for the Washington Post’s Monkey Cage:

At first glance, the two outliers, Sadr and Geagea, may appear to be diametrical opposites, but their surprising victories reveal an emerging form of populism sweeping the Middle East. And while Iraq and Lebanon are often compared for their ethnic and sectarian power-sharing agreements, these elections also show that ideology is the wrong lens through which to understand political nuance…..

In Lebanon, the protests led by independent civil society activists in 2015, sparked by a crisis about garbage collection, failed to cause governmental change as many protesters had hoped. Although a large number of independents ran in the 2018 election, only one independent candidate won.

Iraq’s protest movement similarly failed to bring about systemic change. Only when the Sadrists joined did it offer glimpses of dramatic change. As a result, several prominent civil society activists decided to join forces with the Sadrist movement for the elections. As one prominent activist said, “We knew that without Sadr, we would not have any chance of gaining power in parliament and pursuing our reform agenda.”

“The success of the Lebanese Forces and the Sadrists alike can be partly attributed to the failure of independents to instigate change on the street or instill public faith in the political process,” Mansour and Khatib conclude. RTWT