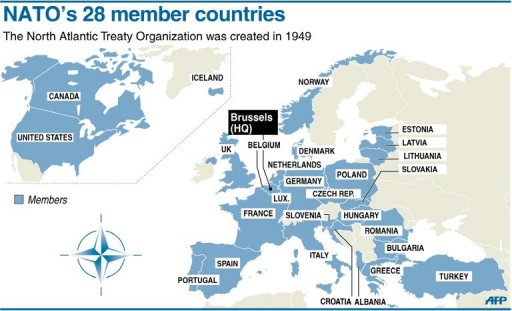 Few NATO summits have captured the attention of this one—but for all the wrong reasons, according to analysts Julianne Smith and Jim Townsend. Any distraction from what will be a substantive NATO agenda is a pity. There is real work going on within the alliance as it continues its rush to shore up deterrence against further Russian aggression in the east, takes on a greater counterterrorism role in Iraq, and works to counter new threats in the cybersphere, they write for Foreign Affairs.

European democracies fear that US isolationism reflects diminished support for NATO, but…. 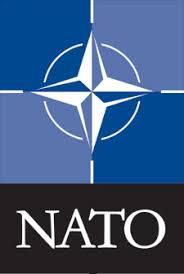 Solid majorities of Americans routinely register strong support for NATO and our other allies around the world, notes analyst Christian Caryl. Security expert Patrick Cronin points out in an interview that transatlantic crises are nothing new, he writes for the Washington Post.

“I don’t think there’s any fundamental disagreement on the mainstream view that transatlantic allies share the same interests and values — and that it’s better to work together than apart,” Cronin adds.

Future American leaders will find Europe is our most capable and willing partner in tackling the biggest threats to global security, says Nicholas Burns, a former under secretary of state and ambassador to NATO. America’s NATO allies will continue to be indispensable in safeguarding democracy and freedom, under assault by Russia and China, he writes for the New York Times.

NATO must continue to deter its external adversaries — principally Russia. But democratic regression among its own members makes that task more difficult, according to analysts Norman Eisen and James Kirchick, a former Penn Kemble fellow at the National Endowment for Democracy. 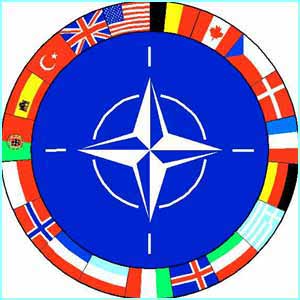 In alliance states like Turkey, Hungary and Poland, the rise of authoritarian parties by democratic means has led to crackdowns on those same democratic processes that brought them to power, they write for the Washington Post:

Other member nations, ranging from Slovakia (where a journalist investigating government corruption was recently assassinated) to the Czech Republic (whose Freedom House national democratic governance ranking declined over the past year) to the United States itself (where Trump, the ostensible leader of the free world, routinely lavishes praise on Russian President Vladimir Putin), exhibit worrying trends. All have been countered to varying degrees by pushback among civil society, the judiciary and independent media.

But some observers believe that the perception of declining US commitment to NATO will undermine deterrence of resurgent authoritarians.

“An alliance consists of hardware and software. Hardware is tanks and planes and ships. Software is resolve and unity. If you don’t have those two, you cannot deter,” said Thomas Kleine-Brockhoff, a former German presidential adviser, now with the German Marshall Fund.

“The belief of others that this is an alliance, that it will act in unison and it will act when challenged is already undermined. That damage is already here,” he added.

Despite the risks associated with the Helsinki summit, the Kremlin’s continuing provocations are likelier in the long term to drive the transatlantic allies together than to splinter them apart, according to analysts RICHARD FONTAINE, the president of the Center for a New American Security, and VANCE SERCHUK,  executive director of the KKR Global Institute.

“It also helps that, for all the oft-stated ambition to increase Europe’s geopolitical independence, the continent has neither the strength nor the internal cohesion to protect its expressed interests and values on its own,” they write for the Atlantic. “And there is not another major power that can plausibly step into the role of the United States as a partner for a liberal, democratic EU.”

The West faces challenges from Chinese economic power and Russia’s resurgent geostrategic assertiveness, and the political centers of even the largest and most-established democracies in Europe are shrinking amidst challenges from the extreme Left and Right, notes Andrew A. Michta, the dean of the College of International and Security Studies at the

There will be specific plans to improve readiness and to invest in infrastructure and mobility, as well as a reassertion of shared democratic values and principles. But at another level this NATO summit is about something much more fundamental, he writes for the American Interest:

It could be the final opportunity for the allies not just to articulate but also to agree on a shared strategic assessment of deteriorating regional and global security and to start planning accordingly. Four years since the Russian seizure of Crimea, NATO is still in flux. Those who think that, come July 13, things will go back to business as usual had better think again.

“Today NATO’s problem is not a lack of resources; if anything, the key difference between 1949, when the North Atlantic Treaty was signed, and 2018 is how immensely wealthier Western democracies are today,” Michta notes. “Nonetheless, the West still seems unable to agree on how to respond to the profound and enduring geostrategic shifts we are confronting today across the globe, and how to adequately resource its militaries.”

NATO must reform; it is not sustainable in its present form, says Zalmay Khalilzad, former Director of Policy Planning in the Department of Defense and U.S. Ambassador to Afghanistan, Iraq and the United Nations:

The alliance is ill-structured, ill-equipped and ill-financed to deal with the European region’s two major security problems—an aggressive Russia and the spillover of instability and terrorism from the Middle East and North Africa—leaving aside emerging global security challenges. Worse, at times some members can even be said to have enabled the threat. One example being the massive German purchase of Russian gas, which provides Putin with ongoing financing.

“To deal effectively with these challenges on an equitable and sustained basis among allies, the terms of the partnership must be renegotiated and its common ground redefined,” Khalilzad, a National Endowment for Democracy board member, writes for the National Interest. “This is in Europe’s best interest too.”