Following his stunning electoral upset over Prime Minister Najib Razak, Malaysia’s 92-year-old prime minister, Mahathir Mohamad is steadfast on the need for reform and said his earlier tenure in no way contributed to subsequent abuses of power, in an interview with VOA. Recent decisions indicate Mahathir is committed to reform and true separation of power, analysts suggest. 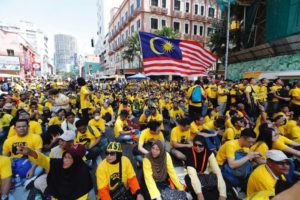 Mass defections from the long-ruling coalition Barisan Nasional already are endangering Malaysia’s democracy, notes Chin-Huat Wong, a political scientist with the Penang Institute. Call them “hoppers,” call them “frogs,” as soon as the surprise outcome of Malaysia’s recent election became clear, politicians from the losing parties started jumping over to the winners’ side, he writes for the New York Times.

After the 1970s, Barisan Nasional essentially turned Malaysia into an electoral one-party state. To prevent that from occurring again, the new government will eventually have to dismantle the country’s winner-takes-all system. A proportional electoral system is needed to cut across the country’s ethnoreligious and regional identities. Decentralizing and devolving more authority to the states, as well as restoring city elections, could also encourage moderation among opposition parties by offering them more opportunities to have some executive powers and access to resources. 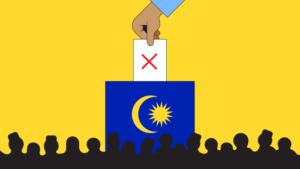 Malaysia has just shown the region how state strength can work to democracy’s advantage, the Economist notes:

For the biggest lesson of the election, argues Michael Vatikiotis of the Centre for Humanitarian Dialogue, is how institutions can still function even after years of abuse. Whatever the misgivings about Dr Mahathir, thanks to the election the press is already freer, parliament will have more oversight, and the courts will be more independent.

Malaysia’s peaceful revolution is unlikely to lead to a dramatic domino effect of democratization across Southeast Asia, according to Matthew Hays and Daniel Twining of the International Republican Institute, a core institute of the National Endowment for Democracy. However, the peaceful transition of power after six decades of one-party rule reinforces a model of democracy that is indigenous and will redound in the wider neighborhood, they contend:

Whether or not Malaysia enjoys the fruits of reform will depend on leaders’ commitment to undertake a wider democratic overhaul of its political culture. This applies above all to Mahathir himself. He was once a prominent proponent of the “Asian values” argument that held Asians were unsuited to democratic choice and accountability. He now has a chance to prove himself wrong — and deliver his country and Asia a vital service.

But the consolidation of democracy is not going to be easy, said University of Malaya analyst Prof Edmund Terence Gomez. The country’s political parties should not to be ethnic-based.

Virtually all dedicated Malaysia-watchers professed themselves shocked by the result. But leading modernization theorists like Seymour Martin Lipset (right) or Samuel Huntington wouldn’t have been surprised in the slightest, according to Dan Slater, incoming Director of the University of Michigan’s Weiser Centre for Emerging Democracies (WCED).

“Nobody thinks it is impossible to maintain authoritarian domination as a country undergoes decades of rapid socioeconomic change. But … it gets harder and more expensive. It takes a whole lot of money to buy electoral love in a society with a mushrooming middle class,” he writes for the East Asia Forum:

Credit for GE-14 [Malaysia’s 14th General Election] should go to the tireless activists and opposition politicians who began braving the iron claws and filed teeth of the Mahathir regime in the late 1990s, and in some cases even the late 1980s. Unlike actual tsunamis, modernisation tsunamis are made over the long haul by men and women — those with the courage to translate socioeconomic transformation into a freer politics.

The seeds of this democratic movement lie in Anwar Ibrahim’s call for reformasi in 1998, says analyst Preeti Jha. But we need to look beyond Mahathir, and even Anwar, to understand Malaysia’s seismic power shift,  she writes for the Diplomat:

Underpinning the contribution of Malaysia’s civil society activists and opposition politicians has been the determined band of lawyers keeping them out of prison, such as Lawyers for Liberty ……Malaysia’s civil society, Bar Council, and opposition politicians were essential to keeping cases of corruption and human rights abuses alive, said Lee Hock Guan, a senior fellow at the ISEAS-Yusof Ishak Institute in Singapore. “Without them they would have disappeared,” he said. 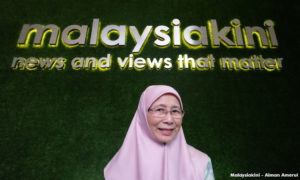 “New technology, independent websites such as Malaysiakini, and social media, have played a really important role for people who would otherwise be unable to voice their opinions,” said Tricia Yeoh, an analyst from the Institute for Democracy and Economic Affairs, a Malaysian think tank.

But for Malaysian civil society to be able to play a truly constructive role in the future without restrictions, the new government must now commit to genuine change, argues Binaifer Nowrojee, Regional Director for Asia Pacific at the Open Society Foundations:

In terms of institutional reform, the new government has already identified particular state bodies where change is needed. These include the Anti-Corruption Commission, Attorney-General’s Chambers, and Election Commission, among others. A five-member committee — comprised of retired judges, civil society representatives, and an academic — has already been formed to provide recommendations on institutional reforms to the Council of Elders. In an incredible turnaround, one of the members of this committee is Ambiga Sreenevasan, former chair of Bersih, a nongovernmental coalition for clean and fair elections, which had previously been demonized by the government.

Arguably the biggest challenge is actually governing as a coalition, notes analyst Jayant Menon. “The difficulties that can arise are exemplified by the current problems faced by the National Unity government in Sri Lanka, which came into power in 2015 in an almost equally unexpected way,” he adds. “It is another coalition of convenience ‘introduced as an alternative to a corrupt, authoritarian and nationalist regime’, a description that could equally apply in Malaysia.”

Both Mahathir and Anwar publicly attest a commitment to political reform, says Bridget Welsh, associate professor of political science at John Cabot University in Rome. But the timing of the turnover of power and scope of political reform are likely to emerge as points of difference, as for both men power has been central in their trajectories.

It’s easy to imagine Malaysia as a full democracy, notes FT analyst Simon Kuper.The World Bank calls the country a “highly open, upper-middle-income economy”. Average incomes are about $9,500. In short, it’s exactly the sort of state that 1990s political scientists would have considered ripe for democratisation.

There are lingering questions over what the new version of a Mahathir government will be like, says Donald Greenlees, a former Asia correspondent, now is with the Australian National University. But here are some of the challenges it faces, he writes for the Strategist:

“The current winner-takes-all electoral system tends to favor regional opposition parties that are identity-driven and not prone to political compromise,” he observes “For this reason, Malaysia should consider a German-like model of proportional representation grounded in vibrant federalism, which would encourage the post-election formation of coalitions based on moderation.”

At a minimum, recent events offer a hopeful future for Malaysia with the likely emergence of a competitive two party system, a restoration of the rule of law, the modernization of politics beyond communal identity, and the emergence of a new generation of leaders, notes Wilson Center analyst Marvin Ott.

It was partly due to Beijing’s influence that Malaysia’s once vibrant democracy had become a kleptocracy, he notes. “China pledged tens of billions of dollars for dubious infrastructure projects in Malaysia–money that could be used to make the [1MDB] thefts disappear from the government’s balance sheet.”

But criticism of the Chinese projects was mainly to do with economic risk and concerns about corruption and not generating enough jobs for locals, said Yew Wei Lit, an assistant professor in Asian and international studies at City University of Hong Kong.

“Many opposing voices, especially from civil society, are really more concerned with corruption than with China per se,” he told the South China Morning Post. The new Malaysian administration would be pragmatic about maintaining ties with China, he said.

“It has no intention to antagonise China, whether in security or economic relations,” Yew said, adding that Mahathir needed China as “a hedging strategy towards global powers”.