The Chinese Communist Party’s targeting of NGOs, for instance, is telling because it reveals a deep insecurity within the regime, Bloomberg’s Eli Lake writes. Since the 1990s, desperate leaders have made scapegoats of organizations such as Freedom House and the National Endowment for Democracy, almost always a response to internal challenges to an autocrat’s legitimacy. The tactic has two purposes: to make U.S. programs that support democratic opposition toxic; and to make popular unrest appear to be the result of U.S. meddling.

Like all contemporary nondemocratic systems, the Chinese system suffers from a birth defect that it cannot cure: the fact that an alternative form of government is by common consent more legitimate, Columbia University’s Andrew Nathan wrote for the Journal of Democracy.

Western nations must wage their own political warfare campaigns “to preserve peace and avoid war” and stop rival authoritarian states from undermining democracy, Australian parliamentarian Andrew Hastie writes in an essay for a report published by the London and German think tanks the Henry Jackson Society and Konrad Adenauer Stiftung. 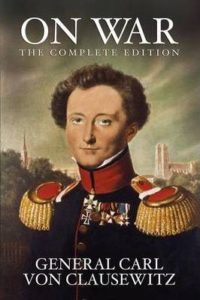 The prevailing strategic culture – drawing on the likes of Prussian military theorist, Carl von Clausewitz – has not prepared the democratic West to understand the autocratic threats, diminished our peacetime statecraft, fostering a culture of passivity and wishful thinking as modern great power competition begins to reshape the world order, argues Hastie, the chair of the Australian Parliament’s Joint Intelligence and Security Committee.

Authoritarian states have weaponized previously benign activities like diplomacy, media, investment flows, infrastructure development, and foreign asset purchases. University campuses have become the modern battlegrounds of covert influence and interference. These activities complement more aggressive forms of subversive warfare such as intellectual property theft, forced technology transfer, cyber-attacks, and espionage, he writes in an essay for The Art of Deceit: How China and Russia Use Sharp Power to Subvert the West:

The democratic West has lacked the intellectual framework both to perceive and to respond to these subversive tactics. We have not inhabited the revolutionary mindset or worldview, limiting our capacity to grasp the strategy of our authoritarian adversaries as they probe the boundaries of acceptable peacetime behavior. Our passivity is dangerous, so that we risk escalating tensions if we attempt to recover ground lost by subversive means.

The battle is now well along to determine which set of values—democratic or authoritarian—will shape the emerging world order, Stanford University’s Larry Diamond (right) tweeted. And China’s alarming inroads at the UN should worry us all. We need a grand strategy to counter PRC sharp power.

The moral necessity of avoiding conflict is clear enough. But the acquisition of such expertise also multiplies the statecraft available to us to protect our geopolitical interests. Political leaders will have more flexibility and policy options at their fingertips. The question is: What needs to be done? Hastie adds:

We have entered a new era of great power competition between authoritarian and democratic states, Hastie concludes. Now is the time to recognize the challenge posed by the unique strategic culture of our rivals and adapt our posture accordingly – our sovereignty and democratic way of life depends upon it.