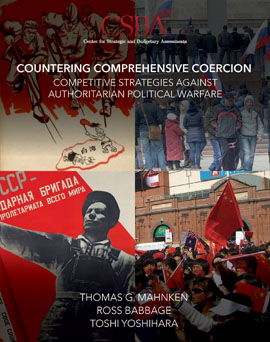 Disinformation is only one of a range of tools deployed by Russia and China in practicing a unique form of authoritarian political warfare: comprehensive coercion, according to a new analysis from the Washington-based Center for Strategic and Budgetary Assessments.

Although Russia and China are “predisposed to use political warfare often and aggressively due to their historical experiences and strategic cultures —and adept at leveraging and integrating political warfare tools thanks to their centralized governments”— this option is attractive for other reasons too, the authors note:

China often conducts its political warfare operations through the CCP’s United Front Work Department, employing a range of what Mao and Xi have called ‘magic weapons’, notes analyst Ross Babbage, a co-author of the report. The communist regime is actively exploiting the openness and freedoms that are part of democracy’s DNA, he writes for the Strategist.