A coalition of European human and digital rights groups has signed an open letter to Facebook  demanding far greater transparency about how its platform distributes and amplifies political ads ahead of elections to the European parliament which will take place in May, TechCrunch reports:

The company had already announced it will launch some of its self-styled ‘election security’ measures in the EU before then — specifically an authorization and transparency system for political ads. ….Last month the Guardian reported on changes Facebook had made to its platform that restricted the ability of an external political transparency campaign group, called WhoTargetsMe, to monitor and track the flow of political ads on its platform. 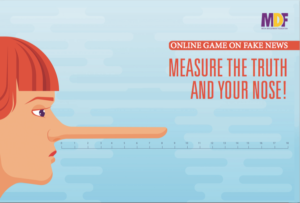 Signatories include the Center for Democracy and Technology, the Open Data Institute and Reporters Without Borders.

Today, in the face of an authoritarian sharp power offensive, the United States (and allied democracies) find themselves on the defensive, argues Joseph S. Nye.

Expected asymmetries have been reversed, he writes in Protecting Democracy in an Era of Cyber Information War, a paper for Harvard Kennedy School’s Belfer Center for Science and International Affairs. Autocracies are able to protect themselves by controlling information flows, while the openness of democracies creates vulnerabilities that autocracies can exploit via information warfare.

A national strategy for defending democracy in the cyber age must include all three dimensions of resilience, deterrence and diplomacy. But as democracies respond to sharp power, we have to be careful not to undercut our own soft power by imitating the authoritarian model, Nye contends:

Dealing with fake news designed to polarize, disrupt and suppress voting also requires action by the companies but with procedures for protecting transparency in algorithms and processes that reveal difficult trade-offs regarding free speech. None of this will be solved easily. In some cases, artificial intelligence will help the offense, in other cases the defense. The game of cat and mouse does not end; it must be continually monitored. …We are only at the beginning of a long process of protecting democracy in an era of cyber information war. RTWT

Digital repression is occurring with increasing frequency across the world, notes the Center for Strategic & International Studies. China is using increasingly sophisticated technology in its pervasive surveillance systems, which it employs along with human surveillance to control ethnic and religious minorities, among others. These issues will be discussed at a forthcoming event Digital Surveillance Unleashed: Implications for Human Rights, Democracy, and American Influence. Wednesday, February 13, 9:00am-1:30am RSVP FEATURING

As the European Union readies for its upcoming elections, accelerating the fight against fake news has become a top priority, writes Eline Chivot, Senior Policy Analyst at the Center for Data Innovation.

One powerful tool in the fight against fake news is artificial intelligence (AI), which can be used to automatically detect and respond to this content as well as empower users with the ability to verify the veracity of claims. A number of leading tech companies, including Facebook, Google, and Twitter, have committed to self-regulatory standards and developed a code of practice on disinformation, and the European Commission is evaluating the extent to which automated tools and self-regulation can counter fake news, without introducing new distortions to public discourse or stifling freedom of speech.

Join the Center for Data Innovation for a conversation about how the public and private sectors can work together to accelerate the use of AI to combat fake news.

Register for this event.