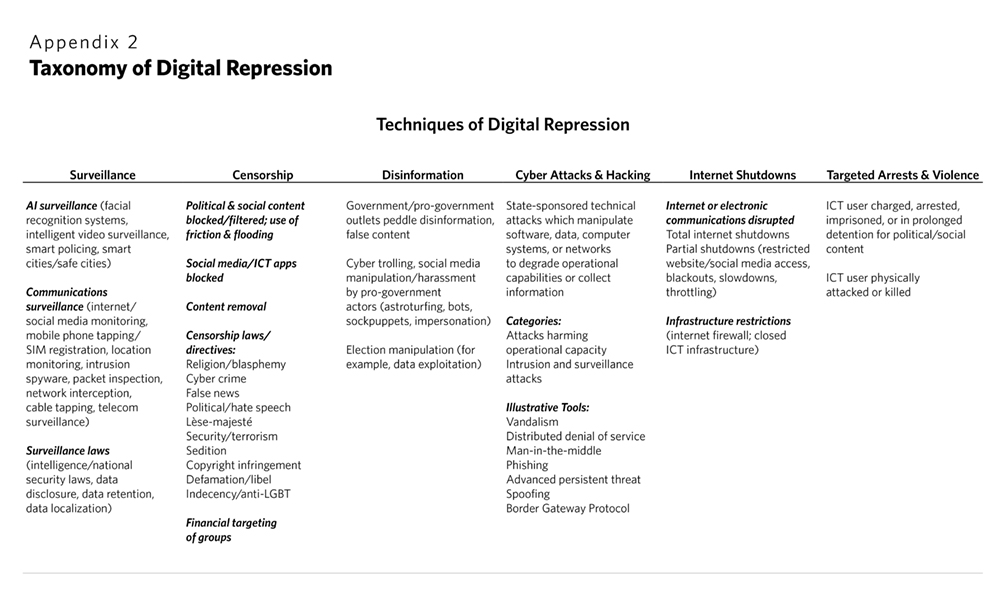 Advanced democracies are struggling to balance security interests with civil liberties protections in the deployment of artificial intelligence surveillance technology, according to a new analysis.

Both liberal democracies and autocratic states employ AI surveillance systems. Chinese and U.S. companies are the largest global suppliers of this cutting edge technology. But to what end? asks Steven Feldstein, a nonresident fellow in Carnegie’s Democracy, Conflict, and Governance Program, where he focuses on issues of democracy, technology, human rights, U.S. foreign policy, conflict trends, and Africa.

But liberal democracies in Europe are also racing ahead to install automated border controls, predictive policing, safe cities, and facial recognition systems. In fact, it is striking how many safe city surveillance case studies posted on Huawei’s website relate to municipalities in Germany, Italy, the Netherlands, and Spain, adds Feldstein.

Carnegie’s new AI Global Surveillance Index (below) explores how different governments deploy and use this technology. The findings indicate that at least seventy-five out of 176 countries globally are actively using AI technologies for surveillance purposes. Three key insights emerge from the AIGS Index’s findings, he notes: 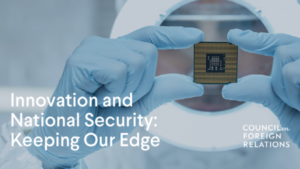 The U.S. State and Treasury Departments should create a technology alliance to develop common policies for the use and control of emerging technologies, says a Council on Foreign Relations Task Force. Membership would be made up of countries with shared concerns about the effects of frontier technologies on international  stability and democracies, as well as those with significant technological capabilities. These include the members of the Five Eyes intelligence-sharing alliance (the United States, Australia, Canada, New Zealand, and the United Kingdom), Estonia, Germany, India, Israel, and Japan, according to Innovation and National Security: Keeping Our Edge by CFR’s James Manyika, William H. McRaven and Adam Segal:

At least in the first stage, membership would be limited to ten to fifteen countries to facilitate coordination of positions and development of concrete actions. The group would work to develop norms of state behavior in cyberspace and for AI governance. At issue is not only
who will develop and deploy new technologies first, but also the values embedded within these new technologies and whether they will be used to reinforce or undermine democratic societies. 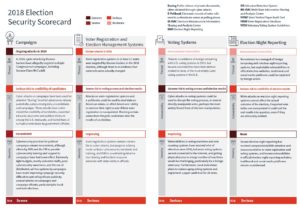 Democracies are better able to adapt to tech-driven epochal change, argues Alexander Görlach, a senior research associate at the Institute on Religion and International Studies at the University of Cambridge. Democratic institutions have the capability to adapt to this change — and they must, he writes for DW. But such moments are deadly for autocracies because in the long run the old forces cannot keep down the next generation, he adds.

The CSIS Humanitarian Agenda is hosting the first annual Washington Humanitarian Forum on September 19th, 2019. This full-day conference will focus on humanitarian challenges that sit at the intersection of United States national security and foreign policy priorities. This year’s theme is Unlocking Humanitarian Access – Opportunities for U.S. Leadership.

The Humanitarian Implications of Cyber Conflict will be addressed by:

Russia and China Are Trying to Set the U.N.’s Rules on Cybercrime, Allison Peters
writes for Foreign Policy. At the United Nations General Assembly, democracies must push back against their agenda, she argues.

Information and communication technologies are increasingly prevalent in electoral management and democratic processes, even for countries without any form of electronic voting, notes International IDEA. These technologies offer numerous new opportunities, but also new threats. Cybersecurity is currently one of the greatest electoral challenges, it notes in a new report (above), Cybersecurity in Elections: Models of Interagency Collaboration.