Mr. Lissu, of the opposition Chadema party, arrived in the port city of Dar es Salaam to a cheering crowd of supporters. He left the country in 2020 amid a contested election, which he and independent election observers said was marred by fraud and irregularities. He said he was detained and had received death threats.

On 3 January 2023, Tanzania’s president Samia Suluhu Hassan lifted the ban on opposition political rallies imposed by her predecessor, the late Pombe Magufuli, Article 19 adds. While this is an important step in the right direction, more still needs to be done to ensure that the rights to freedom of expression, association and assembly for everyone is not only respected but also promoted in Tanzania.

Tanzania’s Center for Strategic Litigation is one of several grantees of the National Endowment for Democracy (NED) which strives to strengthen rule of law and constitutionalism – in the Center’s case, through data-driven advocacy and strategic litigation.

Tanzania is one of the nondemocratic regimes to have received more development assistance than democratic countries over the past decade, according to a study by the Organization for Economic Co-operation and Development (OECD). 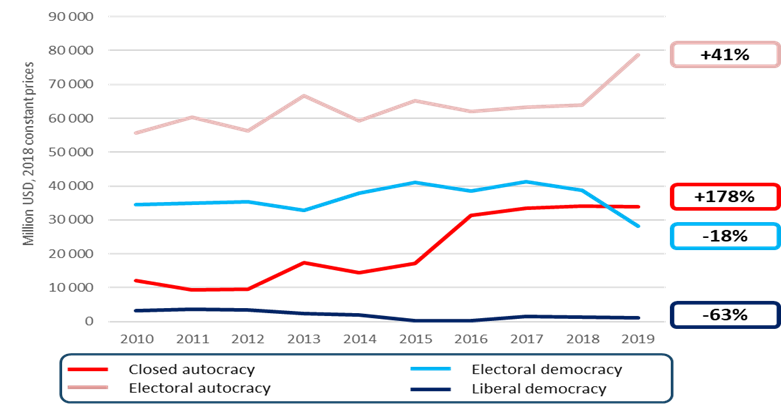 In 2019, a striking 79 percent of ODA went to autocracies, up from 64 percent in 2010, mainly due to the increased number of countries classified as autocratic, he writes for Carnegie Europe: 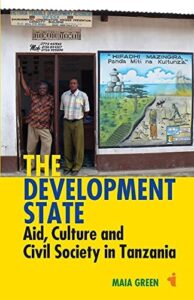 Tanzania’s ruling party has long employed authoritarian methods to stay in power, but the 2020 election was a turning point. The party apparently manipulated the results at scale amid a program of oppression, according to Dan Paget, a lecturer in politics at the University of Aberdeen. The election was a revelatory event that sheds light on the ruling party’s strategy of power, he wrote for The Journal of Democracy:

Tanzania has shown signs of progress, albeit uneven, in expanding civic space and protecting free expression under the administration of President Hassan.  Media content critical of the government has started to appear, which was impossible during the previous administration, according to the U.S. Department of State’s Bureau of Democracy, Human Rights and Labor (DRL).

However, Tanzania’s legal framework protecting freedom of expression remains restrictive as governing laws continue to infringe media freedoms and people’s right to information.  Still, Tanzania represents an opportunity to counter a significant closing of democratic space that has plagued the region over the past two years.

Democratic gains in Tanzania can be crucial in serving as an alternative model in East Africa, which can be used as an example for further reforms in the region, it adds, to highlight a…