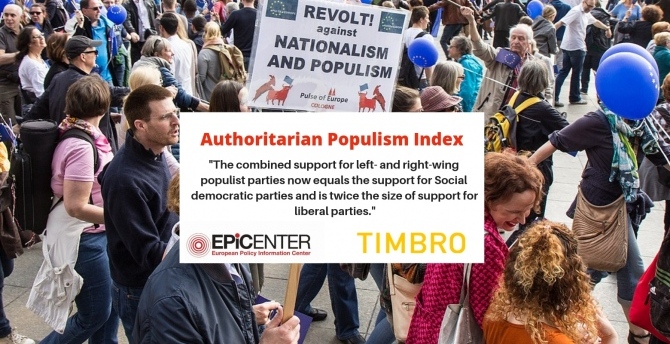 Populism is on the rise, according to the latest edition of the Authoritarian Populism Index. The index, an initiative of the Swedish think-tank Timbro, aims to determine to what extent populist parties threaten liberal democracy in the European Union and five other countries on the continent:

The rise of authoritarian populism features in the National Endowment for Democracy’s  Journal of Democracy, including:

Timbro uses the category of “authoritarian populism” to distinguish parties in which some populist demands appear from those which express opposition to the model of constitutional liberal democracy (for instance, lack of acceptance for the separation of powers and restraints on power, hostility towards procedures existing in democracy, developing conflicts between homogeneous “people” and “elites”).