The remote northern Russian region of Komi is a coronavirus petri dish for the horrors lying in wait for the world’s largest country. Amid growing evidence that the pathogen had already breached Komi’s feeble defenses, the local authorities moved vigorously last week to contain the crisis: The police summoned critics of the regional government to ask how they knew about an outbreak in a hospital at a time when officials in Komi were insisting nobody had been infected, the Times reports:

Among those called in for questioning was Pavel Andreev, the director of 7×7 Komi, an independent online journal that revealed last month how a surgeon in a Komi state hospital sick with Covid-19 had infected patients. Mr. Andreev said the police officer who led the interrogation mainly wanted to know about a comment the media director had posted online that said, “It is impossible to trust the state, even in hospitals.” Mr. Andreev, who has not been charged or even asked to take down his post, said the encounter was not so much menacing as baffling: The cat is already out of the bag so “why waste time and energy on this?” he asked. 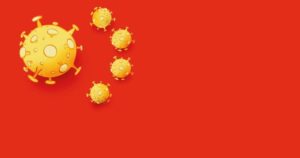 A leaked video (above) earlier this month showed thousands of troops lined up at a parade ground outside of Moscow, prompting outrage and surprise, coming at the same time as the city and surrounding region instituted strict physical distancing guidelines, the Guardian reports.

The Chinese government leaves no doubt that it intends to challenge a democratic, human rights-based international order, presenting liberal governments with an ideological challenge they haven’t confronted since the end of the Cold War, note analysts Rob Berschinski and Benjamin Haas. Yet congressional appropriations for democracy, human rights, and governance (DRG) funds have declined over the past 10 years, they write for Just Security:

In the wake of COVID-19, the International Center for Not-For-Profit Law (ICNL) – a partner of the National Endowment for Democracy (NED) – has documented 154 instances of governments promulgating emergency laws impacting civil liberties and other human rights. Governments like those in Cambodia, China, India, the Philippines, Serbia, and Venezuela are engaging in censorship and jailing of journalists reporting on COVID-19. Some governments are going further: As our colleague Melissa Hooper has detailed in Just Security, Hungarian Prime Minister Viktor Orbán recently succeeded in establishing unchecked rule by decree. 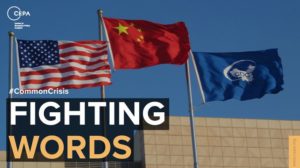 U.S. communication has been ineffective in countering Chinese propaganda, and in preserving a positive American international image, argues analyst Zsombor Zeöld. Yet, meme culture has highlighted the shift in Chinese Communist Party tactics from soft-power promotion to a more extensive use of hard and smart power, he writes for @CEPA.

Throughout history governments have exploited major crises for electoral gain or to inflict damage on opponents and critics, notes Janek Lasocki (@janeklasocki), former advocacy coordinator at the European Council on Foreign Relations. The Coronavirus pandemic is no exception and in Europe, one of the epicentres of COVID-19, two countries stand out as alarming examples: Hungary and Poland. While some countries have started talking about a slow return to normality and the recovery process that will be involved after the Coronavirus, the damage to Poland and Hungary’s democratic institutions will take a lot longer to recover from, he writes for Newsweek.