As Soviet communism following the fall of the Berlin Wall, the experience of Baltic “freedom fighters” like Vytautas Landsbergis of Lithuania and Lennart Meri of Estonia demonstrated the  “almost unbridgeable gap between the West’s official, idealistic rhetoric about the expansion of democracy, human rights and the rule of law—and the coldblooded realpolitik being pursued de facto behind closed doors,” Jón Baldvin Hannibalsson writes in The Baltic Road to Freedom and the Fall of the Soviet Union.

Given the West’s commitment to maintaining the territorial integrity of the Soviet Union, “the Baltic independence movements had unknowingly put the leaders of the big Western democracies upon the horns of a dilemma of their own creation, one from which they couldn’t disentangle themselves without outside help,” he adds.

“This is why the leaders of the restored Baltic democracies were turned away from conferences where the ‘New World Order’ was being negotiated between the old Cold War adversaries, as potential ‘spoilers of the peace,'” Baldvin writes in his contribution to Daniel S. Hamilton and Kristina Spohr, eds., Exiting the Cold War, Entering a New World, (Johns Hopkins SAIS/Brookings Institution Press).

“Yet despite ethnic divisions, economic hardship and political strain, each of the Baltic states has managed to build functioning democratic institutions,” he adds. “They have shown the self-discipline required to fulfill the entrance qualifications of both multinational organizations, the EU and NATO.”

Are we entering a new Cold War? NATO members in the Baltic states, Poland, and the Black Sea region face emerging security risks, such as cyber-threats and information operations, due to their proximity to increasingly revisionist powers in the East. These are not going away any time soon. The Alliance’s expansion into Central and Eastern Europe has enhanced security and deterrence for its members, including against these new threats, but NATO must do more if the Alliance is to endure for another 70 years, the Center for European Policy Analysis (CEPA) writes.

How can member countries invest in domestic defense to bolster collective security? What lessons can be learned from countries that joined NATO following the collapse of the Soviet Union, e.g. Poland? What role should the United States take in the future of transatlantic relations? As authors of a recent report on NATO’s current status after 70 years, speakers will address these questions and engage the audience on the future of the Alliance.

Victims of Communism hosts a film screening & discussion on the Baltic Victims of the Soviet and Nazi Regimes…. 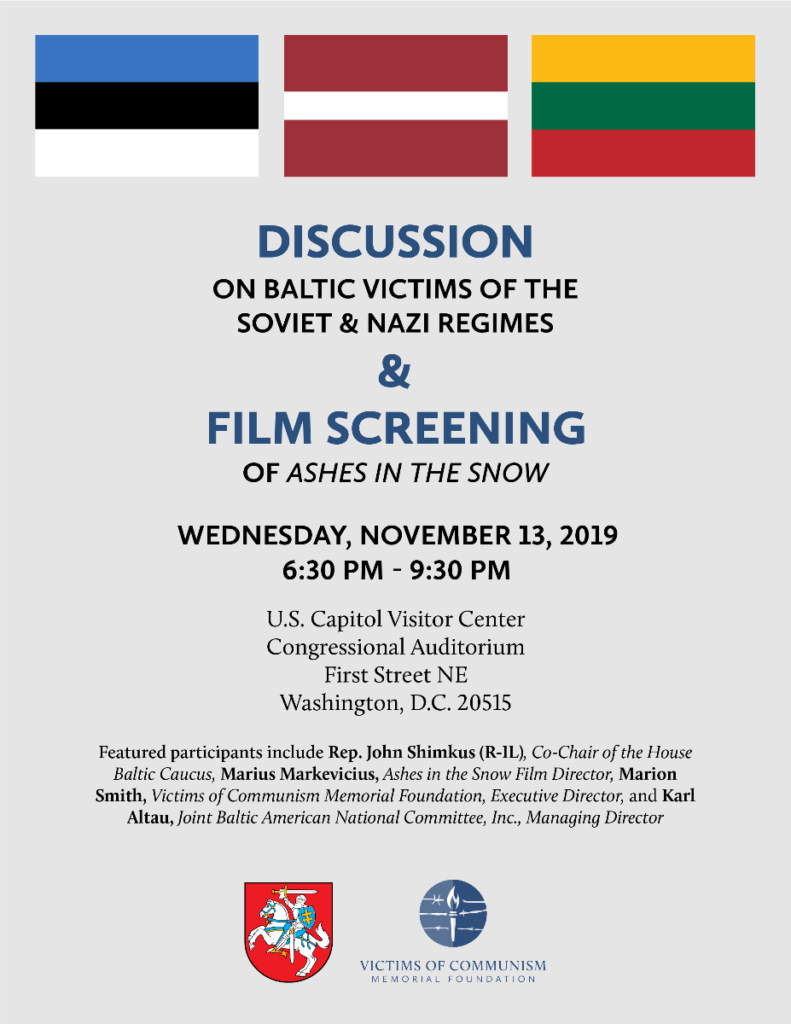