In a weekend interview in these pages in 2011, Lewis said, “We have a much better chance of establishing—I hesitate to use the word democracy—but some sort of open, tolerant society, if it’s done within their systems, according to their traditions. Why should we expect them to adopt a Western system? And why should we expect it to work?” 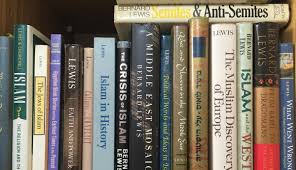 Lewis surveyed the relationship between Islam and liberal democracy for the National Endowment for Democracy’s Journal of Democracy, but he was by no means a democratic determinist.

In 1991, he wrote about the “age-old autocratic traditions” in the Arab world, and warned that there is “no guarantee” that efforts to democratize “will succeed, and even if they do, after how long and at what price,” The New Yorker’s Ian Buruma noted:

As late as 2002, in an interview with the Jerusalem Post, he struck yet another note of prudence. “Democracy is dangerous anywhere,” he said. “We talk sometimes as if democracy were the natural human condition, as if any deviation from it is a crime to be punished or a disease to be cured. That is not true. Democracy, or what we call democracy nowadays, is the parochial custom of the English-speaking peoples for the conduct of their public affairs, which may or may not be suitable for others.”

Jay Nordlinger, senior editor of National Review, eulogized Lewis as “a great friend of the Arabs,” quoting him saying: “Some people believe that Arabs should be free of dictatorship, like others in the world. This is known as the anti-Arab, or Western-imperialist, view. Other people say or imply that Arabs are destined to live under dictatorship, as the natural and rightful state of affairs. This is known as the pro-Arab view.” 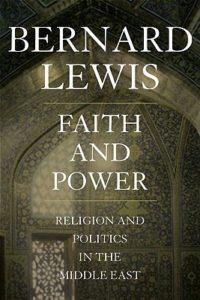 Dr. Lewis had many defenders, some of whom cited a 1976 article in the magazine Commentary, “The Return of Islam,” in which he accurately predicted the expanding power of Islamist movements and militants, the Washington Post adds:

Dr. Lewis defied easy definition. He was, at times, an academic sleuth, poring over ancient Arabic volumes or poking through lonely archives in Turkey. He could quickly shift to become a commentator on present-day issues such as Egypt’s Muslim Brotherhood (“dangerous”), aspects of Saudi Arabia’s Salafist brand of Islam (“extreme and fanatical”) and Iran’s theocracy (“encourage resistance”).

His tone grew more serious in subsequent years as he warned that the Middle East may increasingly breed radicalism and anti-Western fervor. “Either we bring them freedom or they destroy us,” he wrote in a 2010 book, “Faith and Power.”

Mr. Lewis had an answer for his critics, the Times reports: “If Westerners cannot legitimately study the history of Africa or the Middle East, then only fish can study marine biology.” 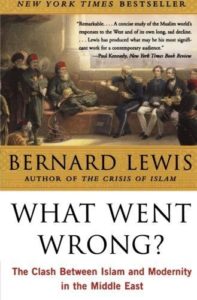 “As a specialist on Islam, I find myself disturbed by the nonsense being talked, by both Muslims and non-Muslims,” he said. “On the one hand, you have people who would have you believe that Islam is a bloodthirsty religion bent on world destruction. On the other hand, you have people telling us that Islam is a religion of love and peace — rather like the Quakers, but less aggressive.”

“The truth,” he concluded, “is in its usual place.”

Lewis was among the leading proponents of the idea of “a clash of civilizations” between Christianity and Islam as a major source of post-Cold War conflict. He argued the roots of the battle lay in the similarities at the core of the two faiths, distinguishing them from other major religions, NPR adds.

“You had two religions with this shared ideology living side by side,” he told NPR in 2012. “Conflict between them was inevitable.”