If Xi Jinping and the Chinese Communist Party are allowed to crush Hong Kong’s democracy movement, it will mark a grave and significant victory for authoritarian ideology over democracy, says Rep. Michael McCaul of  Texas, the ranking Republican on the House Foreign Affairs Committee. Hong Kong’s democracy could be the first one the CCP eliminates but is unlikely to be the last. 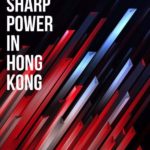 We stood together, not as Republicans or Democrats, but as Americans united in our strong support for Hong Kong. This is a battle between democracy versus dictatorship, liberty versus tyranny, and freedom versus oppression. ….If we want to prevent Hong Kong from becoming the test case for authoritarian elimination of a democracy in the 21st century, the United States cannot sit idly by. We must recognize these events as part of a global struggle between people who desire to live in freedom and brutal regimes that seek to control them.

“Iran, China and Russia are all rising former empires and civilizations that are all in one way or another attacking the ideas that define a free society, and we’ve got to get smarter about how we push back,” Stanford University’s Michael McFaul said. Putin is waging an  “ideological struggle against the West and liberalism” that demands a response, he added.

Iran is cultivating a  “brotherhood of authoritarianism” with China and Russia as well as sponsoring state-sponsored radical Islam and radical sectarianism across the Middle East, said Stanford’s Abbas Milani.

But bipartisan consensus and commitment are essential for countering the authoritarian resurgence, the experts agreed.

“We’ve got to start with us — we need to get our own house in order,” said McFaul, a former NED Reagan-Fascell fellow. “We need to have a sense that this is a common mission, American national security and American prosperity, and if we continue to fight over ourselves and between ourselves, we will lose the struggle against these three countries we are talking about.”

“I would start by giving everyone a map,” quipped Gary Roughhead, the Hoover Institution’s Robert and Marion Oster Distinguished Military Fellow, calling for a proactive and shared policy of research and innovation for the U.S. to maintain global leadership.

The global trend of growing authoritarianism and retreating democracy may be harder to counter than with the electoral defeat of individual politicians, says Ilya Zaslavskiy, the head of research at the Free Russia Foundation. Populist leaders are symptoms of a global problem, not the problem itself. If the deeper issue is not addressed, he cautions, one would-be authoritarian may merely be replaced by another, he tells The Times of Israel:

The deeper problem, Zaslavskiy believes, is that since the end of the Cold War, kleptocratic regimes, most notably Russia, but also countries like Kazakhstan, Azerbaijan, China and Malaysia, have failed to democratize, and instead have exported their values, corrupt practices and countless billions of dollars of corrupt or criminally obtained money to the West. Over time, this process has had a corrosive effect on Western societies, contributing to inequality and undermining the rule of law and democracy. The only solution, Zaslavskiy believes, is for democratic countries to adopt a policy of containment vis-a-vis Russia and other kleptocratic regimes, the chief measure of which would involve stemming the cross-border flow of corrupt money.