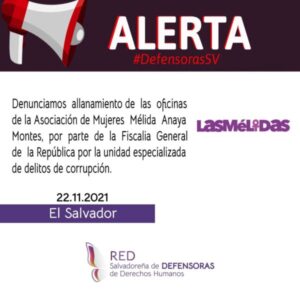 Salvadoran police raids on several civil society groups and raids are the latest example of President Nayib Bukele’s assault on democratic norms and institutions, critics say, with the charismatic young leader increasingly using his party’s control of the Assembly to chip away at judicial independence and undermine opposition, the Times reports.

“Things are moving very quickly in the direction that is very familiar to people who have studied democratic backsliding,” said Javier Corrales, a professor of political science at Amherst College and an expert on Latin America.

Mr. Bukele “has been able to check off so many of the boxes that make this process now hard to slow down or contain.”

A bipartisan initiative by US lawmakers is urging El Salvador’s congress to reconsider a proposed law requiring foreign-funded entities to register as “foreign agents.” The initiative came after US envoy Jean Elizabeth Manes announced she will leave her post because the government has no interest in a relationship with the United States, as evidenced by El Salvador “using their paid media machine to attack the United States every day,” El Faro reported today.

“The draft law would give limitless discretion to the executive branch to shut down independent organizations under a guise of protecting ‘public order,’” they said in a joint statement. “It would also impact independent journalism while imposing crushing tax penalties on charity groups and faith-based organizations working to help the most vulnerable Salvadorans.” 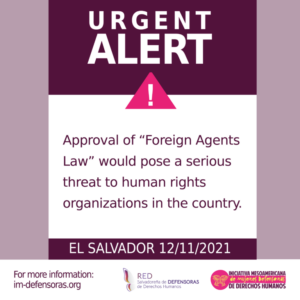 “Despite the Salvadoran government’s claims, this legislation bears no resemblance to the United States’ Foreign Agents Registration Act (FARA), but it is very similar to laws ratified by authoritarian regimes in Nicaragua and Venezuela which accelerated the transitions from democracy to dictatorship in both countries,’ they added. “The German embassy in San Salvador’s recent decision to temporarily suspend its foreign aid decisions for El Salvador due to this proposed law reflects growing concern amongst El Salvador’s longstanding partners.”.

Proposed by Salvadoran President Nayib Bukele and presented to congress on November 9, the law would require individuals and organizations receiving international funds to register as “foreign agents” with the Ministry of Interior, according to a report by Salvadoran news website El Faro. The rules would apply to a broad range of organizations and individuals, including media outlets and individual journalists, according to a copy of the proposed legislation El Faro shared on Twitter.

Eduardo Escobar, the director of the NGO Citizen Action, called it an attempt “to silence the critical voices of civic groups,” AP adds.