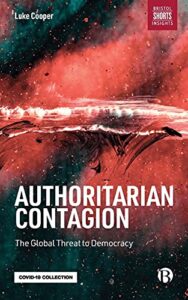 Democracies have been bent out of shape by rising populism but autocrats are more likely to crack under pressure, as the brittle façade of Vladimir Putin’s Russia demonstrates, analyst Philip Stephens writes for the FT:

This month the Russian government published its updated National Security Strategy. Nationalist autocrats need enemies abroad to justify political repression at home, and the Russian president has long found his in the west. So a beleaguered Russia has been encircled by a hostile US and its Nato allies..… The attack is cultural and civilizational. Westerners are spreading social and moral attitudes that “contradict the traditions, convictions and beliefs of the peoples of the Russian Federation”. The country must be defended against foreign ideologies and values.

For all that, Carnegie Moscow’s Dmitri Trenin detects an important addition to the latest strategy — a recognition of threats within as well as without, Stephens adds. They include weak economic performance, heavy dependence on oil and gas, adverse demography and lagging technologies.

The Kremlin “considers it legitimate to take symmetrical and asymmetric measures” to thwart and prevent “unfriendly actions” by foreign states that “threaten the sovereignty and territorial integrity of the Russian Federation,” the strategy states.

The new National Security Strategy is “the document of a country at war,” according to Andrei Kolesnikov, a senior fellow at the Carnegie Moscow Center, and “a paranoid’s charter,” analyst Mark Galeotti wrote in a July 5 article in The Moscow Times, RFERL’s Steve Gutterman adds.

The current document notes the desire of Western powers to maintain their hegemony in global politics, deliberately erode Russian “traditional values,” and even reconsider Russia’s role and place in world history, adds Igor Denisov, a senior research fellow at the Institute for International Studies, Moscow State Institute of International Relations, MFA of Russia.

Carnegie’s Trenin aptly notes that the 2021 NSS “seeks to adapt the country to a still interconnected world of fragmentation and sharpening divisions” and that the main feature of the updated Strategy is its focus on Russia itself, he writes for the Diplomat.

The 2015 strategy’s references to ” possible cooperation with NATO,” Denisov wrote was “gone like smoke,” said Denisov, while “criticism of the collective West has increased substantially.”

Crimean Tatars, ethnic Ukrainians, and other ethnic and religious minorities who suffer repression for opposing Russia’s illegal occupation of Crimea were cited by President Biden in today’s Proclamation on Captive Nations.

“We stand in solidarity with the brave human rights activists and pro-democracy advocates around the world who risk their lives for the rights of others,” he said, noting Cuba, Nicaragua, Burma, Belarus and the Uyghurs, among others.

Two new books, reviewed in the NED’s Journal of Democracy, analyze the robustness and fragility of the Putin regime. 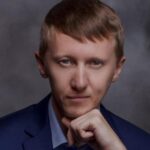 “The criminal case against Semyon Simonov has been a sham from start to finish,” said Damelya Aitkhozhina, Russia researcher at Human Rights Watch. “It’s shocking and abhorrent that the authorities wasted so much time and resources on a case in which the accused did nothing but help people protect their rights.”

Putin has used the pandemic as its latest excuse to arrest opposition figures. Associates of jailed opposition figure Alexei Navalny have been subjected to house arrest and charges that the mass protests against his arrest violated regulations on mass gatherings, notes AP’s Jill Lawless.

The struggle between democracy and authoritarianism is going to last decades, said Luke Cooper, author of Authoritarian Contagion.

On the other hand…..

Portraying the world as a Manichaean struggle between good and bad countries limits diplomatic flexibility. And it isn’t persuasive in many parts of the world, where China’s economic development model and approach to an international order governed by rules China favors — deference to national sovereignty rather than robust defense of human rights — is the priority, argue Carnegie analysts Aaron David Miller and Richard Sokolsky. 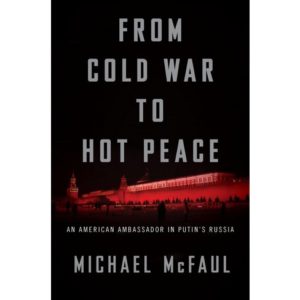 There’s a long-standing tendency in U.S. foreign policy to cloak the pursuit of American interests in the garment of democratic ideals; both to make it more palatable at home and to put the best face on it abroad, they write for the Washington Post. As Biden pushes the view that U.S. foreign policy must reflect American values, he should be explicit, making it clear to Americans that we face a complex, messy world, and that pursuing American interests and security will require dealing on a regular basis with all sorts of regimes. Dividing the world into democracies and autocracies may make for rousing speeches, but it gets in the way of addressing the world the way it is.

The Biden administration must respond to potential cyberattacks linked to Russia, says Michael McFaul, a former U.S. ambassador to Russia, former Reagan-Fascell fellow at the National Endowment for Democracy, and author of From Cold War to Hot Peace (above).

Former NED board member and CFR analyst Stephen Sestanovich suggests an interesting thought experiment (below): how Russian TV would cover a Proud Boys/Oath Keepers-style attack on the Kremlin…

Thought experiment: how Russian TV would cover a Proud Boys/Oath Keepers-style attack on the Kremlin… https://t.co/qFDRB7pVYu