“Since December 2018 these outlets have gained a huge island audience and left the official media even more exposed as propagandists,” said Baruch College professor Ted Henken, editor of the recently published book “Cuba’s Digital Revolution,  who talks to the media outlets, which track their traffic through Google Analytics and other methods. “They (the Cuban leadership) miscalculated in that they didn’t realize that this would very quickly, in two and a half years, blow up in their face.” 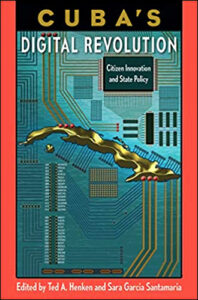 Some of the media outlets receive assistance from the US, Reuters adds, citing a USAID statement that it, the U.S. State Department and the National Endowment for Democracy (NED) have been funding programs “to increase the flow of information on democracy, human rights, and free enterprise to Cuba” since 1996. “USAID has helped train hundreds of journalists over the last decade to inform Cubans on the island. Their work has also appeared in major international news outlets,” the statement added.

Many protesters were young. They knew their demands would be answered with brutality. They went out anyway, out of desperation, hoping that someone in power would hear their pleas, the Wall Street Journal reports:

Some have. The nephew of Gen. Luis Alberto Rodríguez López-Calleja, who sits atop the military’s tourism conglomerate, uploaded a video last week condemning repression and calling for change. Some intellectuals and artists quit their associations with the regime, including film director Carlos Lechuga, who on Facebook called the president a murderer. Speculation is rampant that family members of the ruling elite are heading out of the country.

The current protests in Cuba “are fueled by the desire for freedom, the hope of living in a country with opportunities, the fear of becoming the weak and silent shadows that their grandparents have become,” according to a leading dissident.

“These young Cubans don’t want to be the grandchildren of a revolution that has aged so badly that Cubans are forced to risk their lives crossing the Florida Straits for a chance at a decent life,” Yoani Sánchez (@yoanisanchez), who hosts the podcast Ventana 14 and is the director of the digital newspaper 14ymedio, writes for the Times:

The United Nations and the European Union have called on the Cuban government to respect the right to protest and to release all of those who have been detained for demonstrating. It’s unlikely that the regime will heed their calls. But one thing is clear: Cubans have tasted freedom, and there’s no turning back. We will not be silenced again.

“The deference and the fear of the Castros has ended,” said Carlos Malamud, senior Latin America researcher at the Royal Elcano Institute in Madrid. “There is no clear direction this will go. The opposition is divided, fragmented and very penetrated by the security services . . . we will see in the next few weeks what the opposition’s ability to mobilize is,” he told the Financial Times:

Díaz-Canel implemented economic reforms at the start of 2021, devaluing the peso from parity with the dollar to 24; it has since sunk to 60 on the black market. Inflation has soared — economists estimate prices are rising 500 per cent a year. 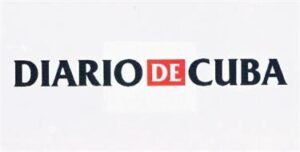 “During two long periods the regime found crutches which allowed them to maintain the system without needing to change anything,” said Malamud, referring to subsidies from the Soviet Union and Venezuela. “The elimination of the dual currency system had been planned for a long time but they kept delaying it . . . and they ended up doing it at the worst possible time.”

There are at least four ways to assist Cuba’s protesters, writes Marissa Daniella, including listening to the authentic, independent journalists and bloggers who risk their freedom every day to report the current situation in Cuba. Yoani Sanchez at 14yMedio, El Toque, and Abraham Jimenez Enoa are just some of the journalists and blogs in Cuba worth noting and reading.

“Those spontaneous, unprecedented and massive mobilizations of Cubans — we’ve never seen that,” said Dr. Luis Martinez Fernandez, a history professor at the University of Central Florida who was born in Havana.

“I think this is the beginning of a movement in which Cubans have said, ‘Enough is enough,’” he told WFTV.

Dozens of Venezuelans joined rallies to support the island’s protests and denounce the repressive actions of the Cuban regime towards civil society, the Miami Herald reports.

The events demonstrate that the regime is “illegitimate” and the people “sovereign”, said Orlando Gutiérrez, from the Cuban Democratic Directorate. “The day came when the people of Cuba rose up,” added Gutiérrez, who also represents the Assembly of the Cuban Resistance, a platform of opposition organizations.

The U.S. and other democracies are within their legal rights to provide internet access to Cubans, says a leading expert.

Making access possible for individuals in another state is unlikely to violate any rule of international law, especially when the latter’s interference with Internet access and other forms of communication are violations under international human rights law, as in Cuba, Michael Schmitt, Professor of International Law at the University of Reading, writes for Just Security. 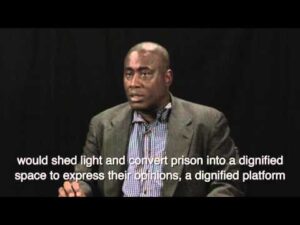 Hannah-Jones perpetuates the myth that Cuba has eliminated racial prejudice, when the truth is that Afro-Cubans are disproportionately found in the worst jobs, worst housing, and under-represented in the upper echelons of the ruling Communist Party. This systematic racism helps explain why Afro-Cubans like 2009 NED Democracy Award winner Jorge Luis Peres ‘Antunez’, (right), Oscar Biscet, Bertha Soler, Guillermo Farinas, Laritza Diversent and Manuel Cuesta are major leaders of the democratic opposition and dissident movement. A speech by then-President Barack Obama was “an unusually direct engagement with race, a critical and unresolved issue in Cuban society that the revolution was supposed to have erased,” the Times observed.

The Biden administration should take three concrete initiatives, Council on Foreign Relations analyst Elliott Abrams wrote in the Bulwark, including assess all our democracy-support programs—in USAID, the State Department, the National Endowment for Democracy, and everywhere else—and see how they can be strengthened to support Cubans right now. Better internet access? Support for opposition groups? Training in third countries? RTWT