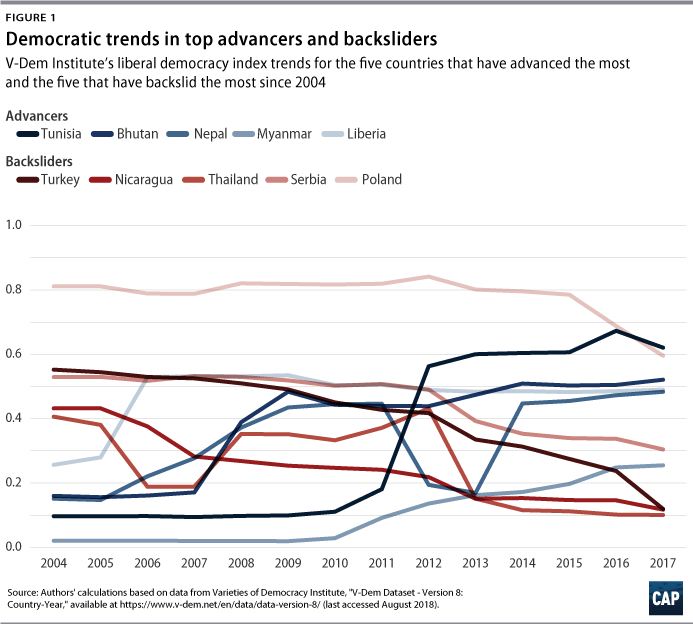 Democracy is not static. As we see a rise in authoritarianism around the world, bolstering legislative institutions is more important than ever, argue former Senate Majority Leader Tom Daschle and former Representative James Kolbe, marking the 15th anniversary of the House Democracy Partnership.

Citizens around the world demand more from their governments and representatives. At the same time, governments face a challenging interconnected web of threats that test their stability and resilience, including disinformation, polarization, and populism. The coronavirus pandemic has exacerbated these challenges and created opportunities for authoritarian regimes to consolidate their power, they write for The Hill:

As current board members of the National Democratic Institute and the International Republican Institute, strengthening legislative institutions against authoritarian influences around the world is critical to advance democracy. Over the last four decades, our groups have worked in more than 150 countries with thousands of parliamentary leaders and staff to enhance their ability to make policy, represent their constituents, and establish accountable and responsive legislatures.

Uniting the democratic world against the clear and present danger of rising authoritarianism is not an act of idealism but of realism, argues Alexander Vindman, a retired Lieutenant Colonel in the U.S. Army and former Director for European Affairs at the National Security Council.

China and Russia already hold similar interests and perceive similar threats, such that they are inclined to view the world in terms of “us versus them.” To convene a summit of democracies will not therefore drive authoritarian states together so much as it will acknowledge the stark reality of a world bifurcated into authoritarian and democratic camps. The project of supporting democracies and advancing democratic values, in this context, is continuous with past U.S. policy, he writes for Foreign Affairs:

Ultimately, the summit should include all the world’s democracies. But it might begin as a kind of “coalition of the willing,” setting forth a democracy compact that identifies the shared objectives of its participants and pledges institutional, technical, and financial support to those who join. Democracies that are insecure or backsliding may then find themselves attracted to the summit consensus, whether in principle or because they don’t wish to be labeled as holdouts. They would have the opportunity to sign on to the principles. The summit should not tolerate free riders: it must take extreme care to be sure that all burdens are shared.

The United States Must Marshal the “Free World” https://t.co/j7tmCbbXIx via @ForeignAffairs

A multipolar world—even one in which the United States remains disproportionally powerful—calls for a level of burden sharing to which democracies are not accustomed, Vindman adds:

In 1992, the democracies in what is now the G-20 accounted for nearly 90 percent of the group’s GDP. Today, those same democracies account for only 73 percent of the G-20’s GDP. Their economic influence has diminished, but the problems they seek to solve in common have not, and the United States is no longer able or willing to carry the whole load. The sharing of burdens will be essential if democracies are to remain united in the pursuit of common interests and in the face of common threats.