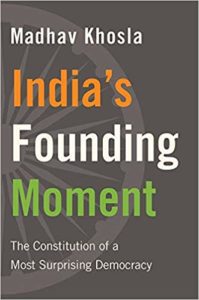 Those protesting the law—which for the first time determines Indian citizenship on the basis of religion—see it as emblematic of growing authoritarianism and Hindu majoritarianism. They claim that Prime Minister Narendra Modi’s Hindu nationalist government threatens the founding secular vision of India by bullying and marginalizing minority Muslims. At demonstrations, they brandish copies of the constitution, he writes for Foreign Affairs:

India is, as the political theorist John Dunn recently put it, “the most surprising democracy there has ever been.” The country has achieved self-government in the face of daunting poverty, sustained relative peace amid diversity, and managed the persistence of regular elections despite abuses of power. But the conditions of its birth make Indian democracy unlikely and unprecedented. The struggles and movements that brought democracy to India in the twentieth century weren’t echoes of the great revolutions of late-eighteenth-century Europe, as many scholars have assumed. Instead, the writing of India’s constitution represented a singular event, a moment when democracy had to create the conditions for its own existence.

In India today, there are real fears over changes to the country’s secular character, the collapse of public institutions, the elimination of checks and balances, and the emergence of unbound state authority, Khosla adds. As the country’s democratic order faces numerous pressures, its founding moment is a reminder of what politics can achieve.