As autocracies have learned to co-opt new technologies, they have become a more formidable threat to democracy. In particular, today’s dictatorships have grown more durable. Between 1946 and 2000—the year digital tools began to proliferate—the typical dictatorship ruled for around ten years. Since 2000, this number has more than doubled, to nearly 25 years, according to analysts Andrea Kendall-Taylor, Erica Frantz, and Joseph Wright.

Led by China, today’s digital autocracies are using technology—the Internet, social media, AI—to supercharge long-standing authoritarian survival tactics. They are harnessing a new arsenal of digital tools to counteract what has become the most significant threat to the typical authoritarian regime today: the physical, human force of mass antigovernment protests, they write for Foreign Affairs: 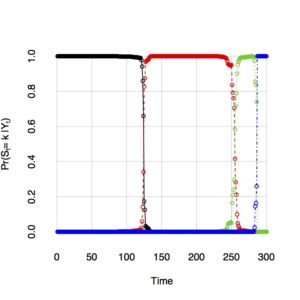 The digital age changed the context in which authoritarian regimes operate. Such new technologies as the Internet and social media reduced barriers to coordination, making it easier for ordinary citizens to mobilize and challenge unresponsive and repressive governments. Data from the Mass Mobilization Project, compiled the political scientists David Clark and Patrick Regan, and the Autocratic Regimes data set, which two of us (Erica Frantz and Joseph Wright) have helped build, reveal that between 2000 and 2017, 60 percent of all dictatorships faced at least one antigovernment protest of 50 participants or more. Although many of these demonstrations were small and posed little threat to the regime, their sheer frequency underscores the continuous unrest that many authoritarian governments face.

Beyond narrowing the space for civil society, authoritarian states are also learning to use digital tools to quell dissent, Kendall-Taylor, Frantz, and Wright observe. 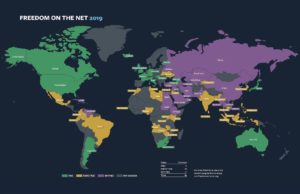 “Data compiled by Freedom House reveal that since 2000, the number of restrictions on political and civil liberties globally has grown,” they add. “Our analysis using data from Varieties of Democracy’s data set (which covers 202 countries) and the Mass Mobilization Project shows that autocracies that use digital repression face a lower risk of protests than do those autocratic regimes that do not employ these same tools.”

Perhaps no other domain is as pivotal as that of technology when it comes to authoritarian sharp power’s impact on democracy, according to the National Endowment for Democracy’s Christopher Walker, Shanthi Kalathil and Jessica Ludwig. Technological interdependence has enabled modernizing authoritarians to reach across borders to censor and manipulate public discourse, sharpen polarization, and undermine democracy, they write for The Journal of

Pushing back against the spread of digital authoritarianism will require addressing the detrimental effects of new technologies on governance in autocracies and democracies alike, Kendall-Taylor, Frantz, and Wright propose: