A new factor has been inserted into the equation of political reform in Egypt: a dialogue between Egypt and Indonesia on promoting democracy, notes Giora Eliraz, the author of Islam in Indonesia: Modernism, Radicalism and the Middle East Dimension. The move was triggered by Egypt’s request for Indonesian assistance in organizing the coming elections, and establishing regulations related to political parties, he writes for the Jerusalem Post:

But the main reason for Egypt’s addressing Indonesia seems to be an understanding that the latter has succeeded in solving its 1998 political crisis in the wake of the Suharto regime’s downfall. The Egyptians also seem to be aware of the high relevancy of the Indonesian case. Amazing similarities exist between Egypt’s current circumstances and those of Indonesia in the late 1990s and early 2000s. To mention just a few of them: Two countries with a dominant Sunni majority experienced a massive democratic protest, mainly by the middle class, against an authoritarian regime headed by an ex-general who had ruled for about three decades. In both cases, the ruler eventually lost the crucial support of the army. 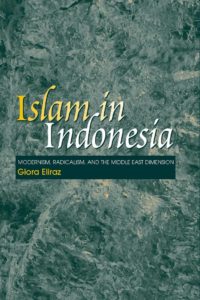 “It’s likely that the Egyptians are now also more familiar with some shortcomings that Indonesia’s democracy still has, and are thus more conscious of the fact that some significant elements that have contributed to that democracy’s success are missing in their own political context – in particular a strong, organized, moderate Muslim civil society committed to democratic values, adds Eliraz, Associate Researcher at the the Hebrew University’s Harry S Truman Institute.

“Nevertheless, it can be assumed that the ongoing dialogue strengthens the understanding of the Egyptians that the successful Indonesian case is indeed relevant for a country trying to take its first steps into democracy.” RTWT

The writer is also the author of the monograph Islam and Polity in Indonesia: An Intriguing Case Study (Washington: Hudson Institute, February 2007).