Ji Sizun received the news that he had won a prestigious human rights distinction, the Cao Shunli Memorial Award, in honour of the veteran Chinese activist who died in 2014 in police custody, after being denied needed medical treatment for months. It would be a little more than one month until he himself died while under the watch of state security, The Guardian reports: 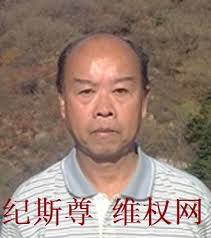 Ji 9left), one of China’s most prominent “barefoot lawyers”, self-taught legal advocates, spent most of the last decade in prison in his native Fujian province. He joins a growing list of imprisoned political activists who have died after being denied adequate medical treatment. His death came three days before the two year anniversary of the death of Chinese Nobel Laureate Liu Xiaobo. Last month, a Uighur writer Nurmuhammad Tohti died after being detained in an internment camp in Xinjiang.

Recently, the Washington Post published an open letter, authored by five China specialists and co-signed by 95 other analysts from the scholarly, foreign policy, military, and business communities, entitled “China is not an enemy.” As human rights activists who have lived in both China and the U.S. for decades, we care deeply for both China, the land of our birth, and the United States, the country we have made our home. We also want to see the U.S.-China relationship–and the citizens in each country—flourish, note Jianli Yang and Lianchao Han of Citizen Power Initiatives for China.

But the letter’s authors have fallen into the same trap that has plagued generations of the West’s Sinologists, glossing over the sins of the Chinese Communist Party (CCP), at a time when the CCP regime is the biggest threat to the free world, they add, offering a rebuttal of the Sinologists’ seven propositions.

China’s sharp power projection in Germany comes amid growing concern in democratic nations around the world over Beijing’s political and economic espionage. Politicians and officials in the U.S. and Australia in particular have expressed alarm over Beijing’s ability and willingness to project power in their territory, though reactions in Europe have so far been less forthright, The Atlantic’s Didi Kirsten Tatlow reports.

“China is trying to access German politics, economics, and security, and a lot of people don’t realize it,” said Carlo Masala, an international-politics professor and a security expert at the Bundeswehr University in Munich. “It’s not that we’re blind with regard to China, but we’re not looking very closely.”