China seems to be in the midst of a concerted push to re-define “democracy” in an international context, likely part of the push for a “Chinese discourse system” and telling China’s story. Here is Zhao Lijian at the Nov. 22 MOFA press conference. https://t.co/DAfvjwAjYC pic.twitter.com/SYiIgFnNeM

China is attempting to redefine democracy in order to legitimize autocratic rule while undermining the norms buttressing the international order, observers suggest.

Chinese President Xi Jinping today pledged to work with developing countries to promote  international human rights – apparently without even a hint of irony. But human rights practices are “diverse”, he told the biennial 2021 South-South Human Rights Forum, held under the rubric of “putting people first and global human rights governance.”

“Over the years, the United States and certain Western countries have been labeling China and other developing countries as nondemocratic,” Wang told the Bali Democracy Forum. “What is behind this is the arrogance and bias of the West against other civilizations.” The ruling Communist Party since inception has “led the Chinese people in finding a new form of democracy that suits China’s national conditions,” he claimed.

The regime is clearly trying to reshape the global narrative so that the phrase “Chinese democracy’ is no longer considered a contradiction in terms, analysts suggest. 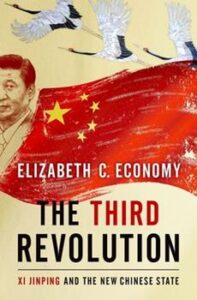 “China’s efforts to redefine democracy are part of its wars of influence,” said Sun Peidong, a professor at Cornell University researching the social and cultural history of post-1949 China. Pushing its own version of democracy is a bid to win authority and silence critics, “to win minds and hearts,” she told Quartz.

The ruling Communist Party seems to be in the midst of a concerted push to re-define “democracy” in an international context, likely part of the push for a “Chinese discourse system,”  the China Media Project adds.

The current shift in the geostrategic landscape reflects and reinforces a profound transformation: the rise of a China-centric order with its own norms and values, according to a leading analyst.

However imperfectly, the post–World War II international order was shaped primarily by liberal democracies that were committed in principle to universal human rights, the rule of law, free markets, and limited state intervention in the political and social lives of their citizens. Multilateral institutions and international law were designed to advance these values and norms, and technology was often used to bolster them, notes Elizabeth Economy, a Senior Fellow at Stanford University’s Hoover Institution and the author of The World According to China.

Yet China’s Xi Jinping seeks to flip a switch and replace those values with the primacy of the state. Institutions, laws, and technology in this new order reinforce state control, limit individual freedoms, and constrain open markets. It is a world in which the state controls the flow of information and capital both within its own borders and across international boundaries, and there is no independent check on its power, she writes for Foreign Affairs:

He and other Chinese officials argue that the current rules-based order does not adequately reflect China’s voice or that of the developing world. Instead, it was created and perpetuated for the advantage of a small number of liberal democracies. Xi wants the values and norms embedded in these institutions to reflect instead Chinese preferences, such as elevating the right to development over individual political and civil rights and establishing technical standards that enable state control over the flow of information…..

China’s desire to rearrange the world order is an ambitious one. The United States’ leadership on the global stage, its democratic alliance system, and the post–World War II liberal international order are deeply entrenched. Still, Chinese officials argue that the last two centuries, when China was not the dominant global economy, were a historical aberration. They claim that U.S. leadership is waning. As He Yafei, former vice minister of foreign affairs, has asserted, “The end of Pax Americana, or the American Century, is in sight.”

A leading pro-Beijing ideologist exemplifies China’s efforts to subvert liberal democratic values, at the same time as giving voice to the regime’s claims of democratic legitimacy.

If we are to be historically accurate and intellectually honest, we need to recognize that liberal democracy is but one kind of democracy. Besides Athenian democracy being decidedly not liberal, there were centuries of democratic ideals and institutional practices in China’s Confucian tradition—also not liberal, Eric Li writes for The Economist.

He cites research from Freedom House and V-Dem on the global decline in democracy; Larry Diamond’s argument that the “democratic recession” has reached a “crisis”; Francis Fukuyama’s belief that the US government is captured by elites and the public divided by cultural identities; Kishore Mahbubani’s claim that America has in some ways “all the attributes of a failed state”; and political theorist Bhikhu Parekh’s classic essay on “The Cultural Particularity of Liberal Democracy”…..

.. all in order to support his claim that “the world needs a better and more inclusive way of evaluating democracy – not by procedures but by outcomes.” RTWT

As part of its ideological offensive against the Biden administration’s Summit for Democracy, China last weekend published a 55-page white paper extolling the virtues of its “whole process democracy” and a subsequent report detailing the malaise of US democracy. 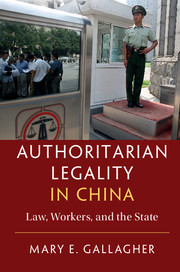 But the regime’s white paper “basically ignore[s] that there are really severe conflicts of interest, there’s class conflict, there’s massive inequality” in China too, the University of Michigan’s Mary Gallagher – the author of Authoritarian Legality in China: Law, Workers, and the State – told Quartz.

In the latest manifestation of what the National Endowment for Democracy’s International Forum christened Beijing’s ‘sharp power’.…..

China has invested £685 billion across 42 Commonwealth countries since 2005, according to figures compiled by the American Enterprise Institute. To put that figure in context, Chinese investment in Commonwealth member states is, on average, three times higher as a proportion of the recipient’s GDP than in non-member countries, a Telegraph analysis has established:

Paul Flather, a fellow of Mansfield College, Oxford, adds: “We need to put a brake on China, and the Commonwealth could do that. This is a chance for the Commonwealth to test itself. It can’t continue to be a diminishing historical legacy; it needs to recognise its role and if it’s going to be influential, it needs to step up.”

Democracies, with their ever-changing governments, tend to prioritise short-term gains, whereas, says Flather: “China has a permanent government and now an almost permanent leader… it’s able to think long-term.”

Whether Xi is able to realize his ambition will depend on the interplay of many factors, Economy observes, including the ability of the world to continue to resist Chinese coercion and the capacity of the world’s democracies and others to articulate and pursue their own compelling vision of the world’s future. RTWT 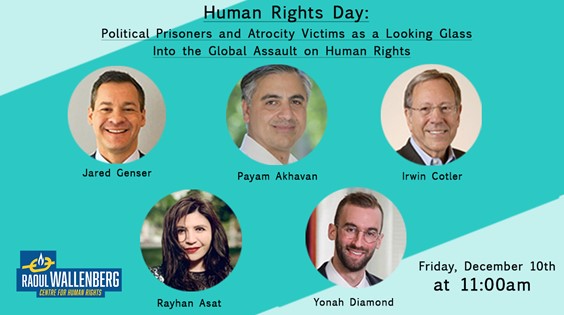 Whether Xi is able to realize his ambition will partly depend on the capacity of the world’s democracies to articulate and pursue their own vision of the future, @HooverInst‘s @LizEconomy writes for @ForeignAffairs https://t.co/MKeWgoLrtT