Exercising power during a democratic transition requires commitment to “the three As” of democratic leadership – action, activity and achievement, said Mikulas Dzurinda (above), former Prime Minister of Slovakia. His priorities included the rectification of injustices inherited from the previous totalitarian regime and to “play the game” of institutional reform to ensure the conditions for stability and prosperity, he told Reuben Brigety.

The former diplomat, academic and National Endowment for Democracy board member  – reported to be the next US ambassador to South Africa – hosted this week’s NED forum on “Sustaining Democracy under Challenging Conditions,” addressing lessons learned from former heads of government and ministers.

Despite the radically different contexts and times of their experiences, these leaders had to confront similar challenges, Brigety observed, including transitional justice, managing multiple crises and delivering reforms and tangible results. 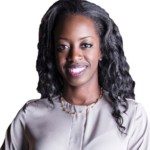 Making the transition from civil society space to government was a “very humbling experience,” especially in terms of accountability for delivering solutions to the problems of real human citizens, said Kamissa Camara (right), Mali’s former minister of foreign affairs, minister of digital economy and planning, and most recently, chief of staff to the president.

Democracy works when leaders respond to popular demands, said Ricardo Lagos, former President of Chile. In his case, that meant a commitment to transitional justice for the 30,000 victims of torture and other human rights abuses under the preceding dictatorship of General Augusto Pinochet, he told the session, part of the NED’s Rebuilding Democratic Momentum event, held to mark this week’s Summit for Democracy.

We need civil society as well as technocrats to push reforms, build institutions and deliver on “minimal expectations,” said former President of East Timor José Ramos-Horta. ‘Democracy dividend’ is not an abstract concept for citizens living in slums, denied access to such basis public goods as clean water and education. Failure to engage in democratic politics leaves the field to demagogues and other irresponsible elements, the chair of the World Movement for Democracy added.

It is essential to maintain one’s moral and political compass, added Camara, currently a senior visiting expert for the Sahel at the U.S. Institute of Peace and a former NED Africa Program Officer.