Taiwan President Tsai Ing-wen said on Friday that China has stepped up efforts to infiltrate and gain influence in the self-ruled and democratic island, and asked national security agencies to counter the campaign, Reuters reports:

Tsai, speaking to reporters after a national security meeting, said China’s influence operations included attempts to interfere with elections and fake news campaigns. Taiwan holds presidential elections next January. ….Meeting Taiwan and Chinese reporters at a forum in Beijing on Friday, Wang Yang, the Communist Party’s fourth-ranked leader, said there was no future for Taiwan independence attempts and no point trying to rely on “foreign powers”.

“Time and power are on the mainland’s side,” Wang said. 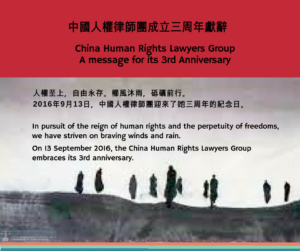 Authorities in the southwestern region of Guangxi have detained a prominent human rights lawyer who spoke out about curbs to China’s legal profession and the abolition of term limits by President Xi Jinping, RFA reports:

Chen Jiahong is currently under criminal detention at Guangxi’s Yulin Detention Center, on suspicion of “incitement to subvert state power,” RFA has learned. According to fellow Guangxi lawyer Tan Yongpei, Chen’s detention came after he posted a video to social media in which he calls for “an assassination commando,” and to be “rid of this evil bureaucracy,” in an apparent reference to the ruling Chinese Communist Party. Chen also called for a democratic process to work towards constitutional government in China. 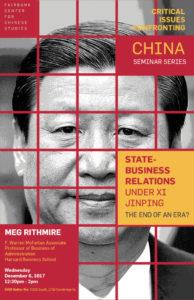 One of Xi’s priorities since assuming office in 2012/2013 was to increase the legitimacy of the Chinese Communist Party (CCP), and retain One Party rule, said Harvard Business School Professor Meg Rithmire, an expert on state-business relations in China.

“The Party has circulated videos of the fall of the Soviet Union and what that looks like. Decay within the party leads to territorial disintegration, social chaos, and upheaval,” she added.

The Chinese Communist Party is hard-wired for hostile expansion—and it poses a threat to the free world unlike any since George Kennan’s time, argues U.S. Rep. Mike Gallagher. Driven by Chinese history, its own history as an influence organization, and its need for total security, the CCP is programmed for interference in foreign societies, he writes for The American Interest:

The CCP’s political interference operations [what the National Endowment for Democracy calls China’s sharp power] – intended to subvert and corrupt key Western institutions—are the least studied, most subtle, and perhaps most important of these forms of aggression. While it is easy to understand the threat posed by planting military equipment on disputed islands or hacking the U.S. Office of Personnel Management, the CCP’s systematic delegitimization of Western institutions is more insidious. …Meanwhile, to fortify democratic governments, non-profits, academia, and the media should get to work on a public “United Front Tracker,” as suggested by the Hudson Institute’s Jonas Parello-Plesner, that would shed light on ongoing CCP interference campaigns abroad.

Christopher Walker, the NED’s vice president for studies and analysis, observed in written testimony to the House Foreign Affairs Subcommittee on the Western Hemisphere that the use of Chinese technology is likely to continue growing in Latin America:

For many countries in Latin America, as in other developing economies around the world, the opportunity to import advanced technologies can be highly attractive. We can anticipate that governments across the region will continue to pursue such opportunities and welcome investments from China in this sphere. However, the wider societies of countries throughout the region must approach such technology-related deals with open eyes and with the information necessary to make fully informed decisions.

The CCP is using Xinjiang to perfect its totalitarian surveillance state throughout China. In the process, it is exposing the lengths it will go to stay in power and its intentions abroad, Gallagher adds.

Like its totalitarian antecedents, the Chinese regime is willing to break entire cultures in pursuit of artificial conformity, notes Arch Puddington, Distinguished Scholar for Democracy Studies at Freedom House. Communist Party leaders have described the Uighur transformation project as “assertive nation-building and ethnic reengineering.” A more direct description would be cultural annihilation, he writes in the Diplomat:

Some Uighurs say the current campaign of persecution is worse than the 1966–76 Cultural Revolution because of the role of modern mass surveillance in controlling individual movement, behavior, and conversations. Even during Mao’s hideous social experiment, a small measure of private space made possible the survival of the unique features of Uighur society. But advanced technology is now enabling today’s leadership to construct an ethnic enclave of regimentation and fear beyond the Great Helmsman’s wildest dreams.

For more than a year, France24 reporters Angélique Forget and Antoine Védeilhé investigated the plight of the Uighurs and gathered exclusive testimony recounting the horror of the camps. Their investigation took them from Canada to Europe, where the families of missing Uighurs are seeking justice; via Kazakhstan and Turkey, where the last Uighurs to have fled China are hiding out; and finally to Xinjiang, where journalists are not welcome but where they were able to approach a camp. They bring this exclusive report (above) on the new Chinese concentration camp system.

Please join a rally at the US Capitol to commemorate the 30th anniversary of the Tiananmen Square Massacre and to highlight the continued suppression of the Chinese people by the Chinese Communist Party. Speakers will include witnesses of the Tiananmen Square Massacre in 1989, activists, and policymakers, including Victims of Communism Caucus Co-Chair Rep. Chris Smith (R-NJ) and Co-Chair of the Congressional-Executive Commission on China Rep. Jim McGovern (D-MA). RSVP 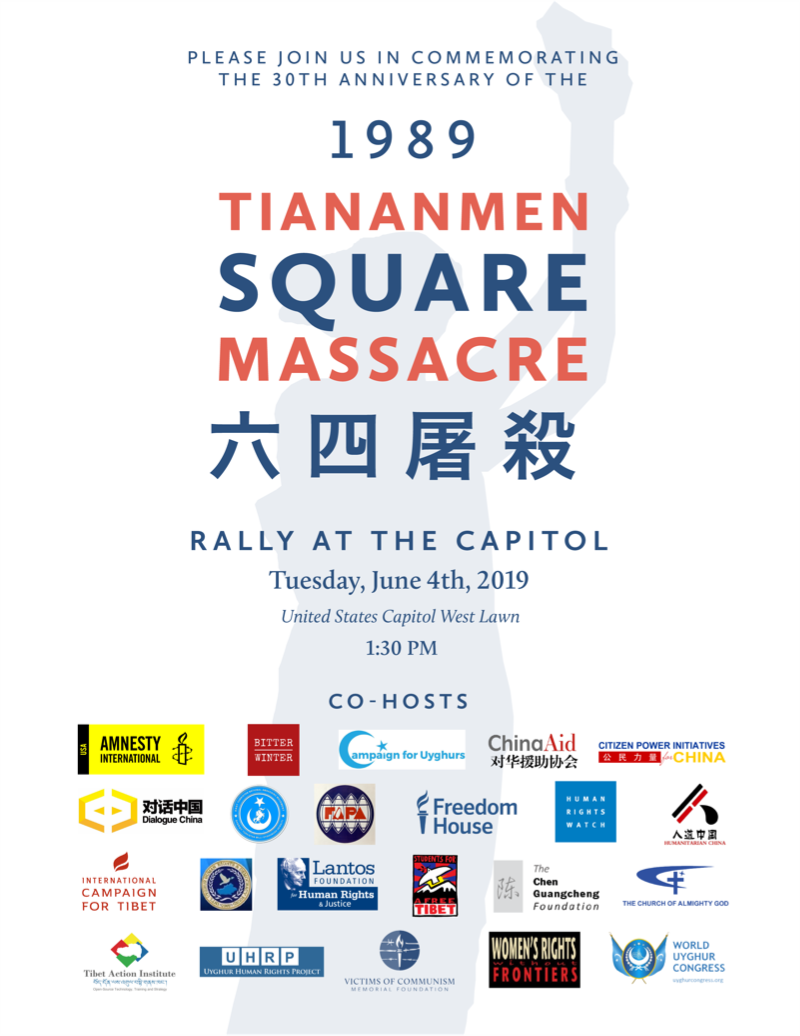