A U.S. senator has accused China of “garbage propaganda” about the coronavirus pandemicc. The European Union says claims that it is “disintegrating in the face of COVID-19 are trending on social media.” China and Russia are targeting global audiences with state media reporting that plays up their aid to other countries while also spreading disinformation, RFE/RL reports (above).

“Beijing’s garbage propaganda shouldn’t be taken seriously by the World Health Organization, by independent journalists, or by the American epidemiologists who are going to beat this terrible virus,” said U.S. Senator Ben Sasse, a member of the Senate Select Committee on Intelligence, and an honorary board member of the National Endowment for Democracy (NED). 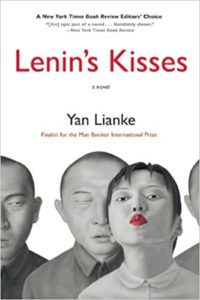 “After this epidemic, let us become people with the ability to remember” is the title of Yan’s recent essay on the politics of coronavirus in China, originally given as a lecture to his literature students at Hong Kong University of Science and Technology. Yan exhorts them to remember Li Wenliang, the doctor punished by police for warning about the novel virus that had cropped up in his Wuhan hospital, and who later died from it, causing an outcry across China.

“If we can’t be whistleblowers like Li Wenliang, then let us become those who will hear the whistle,” writes Yan.

The U.S. and China are engaged in a war to claim the coveted spot of soft-power hegemon, argues Kyle Sullivan, China Practice Lead at Crumpton Group, a global risk intelligence advisory firm based in Arlington, Va. With the U.S. engulfed in a worsening outbreak, China has gained strategic advantage. And, unlike most conventional wars, there may not be a clear victor in this fight, at least not immediately, he writes for The Hill.

But Europe has become the key propaganda battleground, TIME reports. In a recent blog post, E.U. chief diplomat Josep Borrell (left) warned that the “politics of generosity” concealed “a geo-political component including a struggle for influence.” China, he added, “is aggressively pushing the message that, unlike the U.S., it is a responsible and reliable partner … Armed with facts, we need to defend Europe against its detractors.”

There’s no time like a crisis for propaganda, so it is no surprise that states and other influence operators are seizing the new coronavirus outbreak to better position themselves at home and abroad, notes Alicia Wanless, the co-director of the Partnership for Countering Influence Operations:

Crises simultaneously create information voids and a tremendous public hunger for information. This combination opens the door for savvy propagandists to spin narratives much more easily……Influence operators prey on people’s fears of ambiguity. The same part of the brain that processes fear is also activated in ambiguous situations, driving people to seek information to address the discomfort of uncertainty. In the absence of quality information, any answers satisfy, including rumors and disinformation.

Over the last several weeks, we have witnessed an intensified disinformation campaign on the part of Beijing, the Warsaw Institute adds. This operation has been designed to make the world, including the Chinese themselves, forget about the guilt of the communist Chinese decision-makers for causing the crisis to spread around our planet.