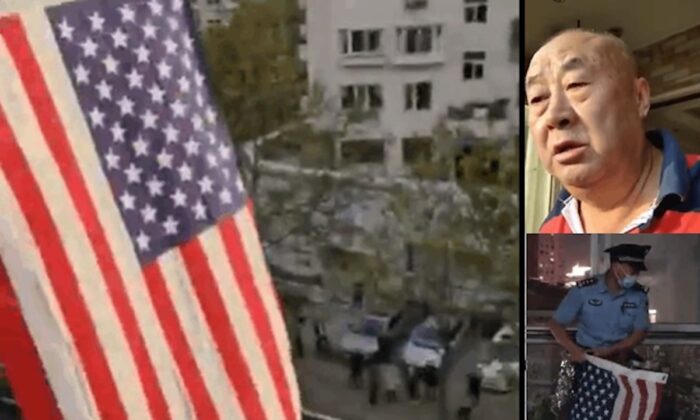 The four-day plenum of China’s Communist Party (CCP) is being held amid a deteriorating global economy, historically tense ties between China and the US, and an increasingly difficult international environment for Beijing as it comes under scrutiny for alleged human rights abuses and political repression in Xinjiang and Hong Kong and questions about its transparency when the Covid-19 outbreak emerged in Wuhan in December, The Guardian reports.

Julian Gewirtz, a senior fellow for China studies at the Council for Foreign Relations, said the plenum was “ultimately about preparing for long-term struggle while seizing near-term opportunities presented by Trump and Covid”.

“China’s leaders see their country’s economic recovery, in the global context, as a new asymmetric advantage favouring China,” he told The Guardian. “If this plenum had a tagline, it might as well be what the top economic policymaker, vice-premier Liu He, said in a recent speech: ‘Now the bad things are turning into good ones.’”

Two activists have called on the CCP leadership to step down as a first step towards democratic reform and transition, according to reports. Sui Shuangsheng hung the flags of five democratic countries from his home in Qingdao city, Shandong province, on October 1 (above), while on October 18 human rights activist Xiao Chun displayed banners in front of the entrance to Xiamen University in Fujian province. On one banner was written “human rights, democracy and the rule of law”, while on the other the names of renowned activists illegally detained by the CCP, including Xu Zhiyong, Huang Qi, Li Huaiqing, Wang Zang, Yu Wensheng , Cheng Yuan, Ding Jiaxi and Zhang Zhan. 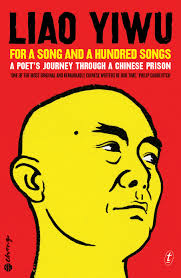 Authorities in the southwestern Chinese province of Yunnan are stepping up pressure on detained dissident poet Wang Zang to confess to “subversion” charges, after his wife Wang Li was sent to hospital from a police detention center, Radio Free Asia adds. Their situation is dire and deteriorating, notes the exiled writer Liao Yiwu:

Four professional lawyers, who call Wang Zang the “future Solzhenitsyn of China,” have bravely stepped forward to form a group to volunteers to defend the couple’s innocence. They have visited Wang Zang in prison, visited the children in their room, and took the photo (right) of the four children and their grandmother, Liao adds. After a plea by the lawyers, the District Prosecutor’s Office in Chuxiong, Yunnan Province, maintained the “indictment” on the grounds that the social impact of the case is detrimental to China as it provides an excuse for overseas hostile forces to “attack the central party.”

An extract from Wang’s correspondence with Liao gives some indication of the pressure he and other writers endure for exercising freedom of expression:

For a while, our children who’re going to school in our hometown were being followed and threatened by gangsters under [government] instructions, and they’ve developed some psychological problems. The last time I was forcibly evicted, I was so frustrated. I’ve not been allowed to publicly express the heavy toll of this exhaustion of mind and waste of time over the past two years. As soon as I say something, I’ll be taken to the police station to be threatened and tortured again and again…

Many of the writings in progress that I think are important have never been completed. I feel as if I’m completely exhausted, like I’m useless. My family and I suffer this all together, living as if we’re not quite people nor ghosts. My father fell ill, and I was helpless. He died at the age of 57. And then my mother was threatened by the National Security agents of my hometown and became extremely despondent…

Meanwhile, the Better Cotton Initiative (BCI), an independent organization that promotes sustainably grown and responsibly harvested cotton, announced last week it would cease all its activities in Xinjiang, the region of northwest China where millions of Turkic Muslims are subjected to serious human rights violations, including significant risk of forced labor, writes Sophie Richardson, China analyst for Human Rights Watch:

BCI has concluded that Xinjiang is “an increasingly untenable operating environment.” This is similar to decisions made recently by other independent auditing firms and major brands.  In September, apparel giant H&M cut ties to an indirect supplier in Xinjiang out of concerns about “forced labour and discrimination of ethnoreligious minorities.”   Days later, five firms that had been hired by companies to assess the integrity of their Xinjiang supply chains —Sumerra LLC, Bureau Veritas SA, TÜV SÜD, RINA SpA, and Worldwide Responsible Accredited Production—said they would no longer provide that service in that region.

China is one of many governments using the pandemic as a way to discriminate against vulnerable minorities, Borgen magazine reports. For example, authorities in the city of Guangzhou in China have engaged in large scale discrimination against Black residents. Landlords, businesses and other institutions have denied service to Black people in Guangzhou without repercussions, making day-to-day life difficult and dangerous for many.

China, Russia, and other governments are seeking to erode the international human rights architecture, including the UN Human Rights Council, a body that, while seriously flawed, serves an important role in multilateral efforts to protect human rights, note Human Rights First’s Ariana Berengaut and Rob Berschinski.

China, Russia, and other governments are seeking to erode the international human rights architecture. https://t.co/4q3SCAWgsB via @just_security