Top U.S. national security officials said on Tuesday they had “no doubt” Russia will try to interfere in the 2018 U.S. mid-term elections, adding Moscow believes it succeeded in its effort to undermine U.S. democracy by meddling in the 2016 presidential campaign, Reuters reports:

Director of National Intelligence Dan Coats said Russia, as well as other foreign entities, were likely to pursue more cyber attacks on U.S. and European elections this year and beyond.

“Persistent and disruptive cyber operations will continue against the United States and our European allies using elections as opportunities to undermine democracy,” he told an annual Senate Intelligence Committee hearing on worldwide threats.

In its new strategy documents, the Trump administration identifies America’s central security challenge as the re-emergence of great power competition, according to Richard Fontaine and Daniel Twining, presidents of the Center for a New American Security and the International Republican Institute, respectively. China and Russia seek to “change the international order in their favor,” the National Security Strategy asserts, while the recent National Defense Strategy holds that they “want to shape a world consistent with their authoritarian model,” they write for Foreign Policy:

Russia views western democracies as a threat to its security. Its answer? Weaken democratic practice in them. Hence Moscow’s combination of election meddling, propaganda, fake news, trolling, and other forms of subversion that polarize politics by pitting citizens against each other. Russia lacks the power to challenge NATO directly, but it has succeeded in sowing allied disunity. It was an early mover on this plane of competition against the United States.

U.S. democracy is not alone in debating conflicting facts, but follows a global trend of polarizing even the most common debate or narrative, said Anne Applebaum — Washington Post columnist and Pulitzer Prize-winning historian — in a lecture Monday in the Cogut Institute Speaker Series.

“Just as the printing press broke the monopoly of power of the monks and priests who controlled the written word in the 15th century, the internet and social media have, within the space of just a few years, helped to undermine not only the business model … used by democratic political media for the past two centuries but the political institutions behind them as well,” said Applebaum.

Anti-democratic forces around the world could gain strength and confidence as a result of the geopolitical retreat of the West and the growing influence of authoritarian regimes, said the National Endowment for Democracy’s Carl Gershman. In addition, authoritarian propaganda and disinformation campaigns using social media could succeed in deepening the demoralization of democratic countries, whose internal weaknesses and divisions have made them inviting targets of such manipulation, he told a recent meeting in Vilnius to mark the 100th anniversary of Lithuania’s independence:

Lithuania is obviously gravely affected by these developments because it is a small and vulnerable country, caught between assertive Russian power and the eroding geopolitical influence and political will of the West. At the same time, though, – and this point needs to be emphasized – Lithuania is not gripped by complacency, fear, or confusion.  While it is endangered by the external threat, it remains internally strong, clear-headed, pro-active, and determined.  It knows what it’s up against, and it has the will to defend itself.

The Ambassador of the Republic of Lithuania, Rolandas Kriščiūnas recently testified before the US Senate Committee on Appropriations – Subcommittee on State, Foreign Operations and Related Programs, notes Stop Fake’s Kremlin Watch. He gave a detailed description of what the Russian Federation is doing to destabilize democracy in Lithuania and how his country is endeavouring to counter these threats. We strongly recommend reading through the testimony, especially the parts focused on Lithuania’s activities in the areas of disinformation and energy security (e.g., the national information influence identification and analysis ecosystem projects). 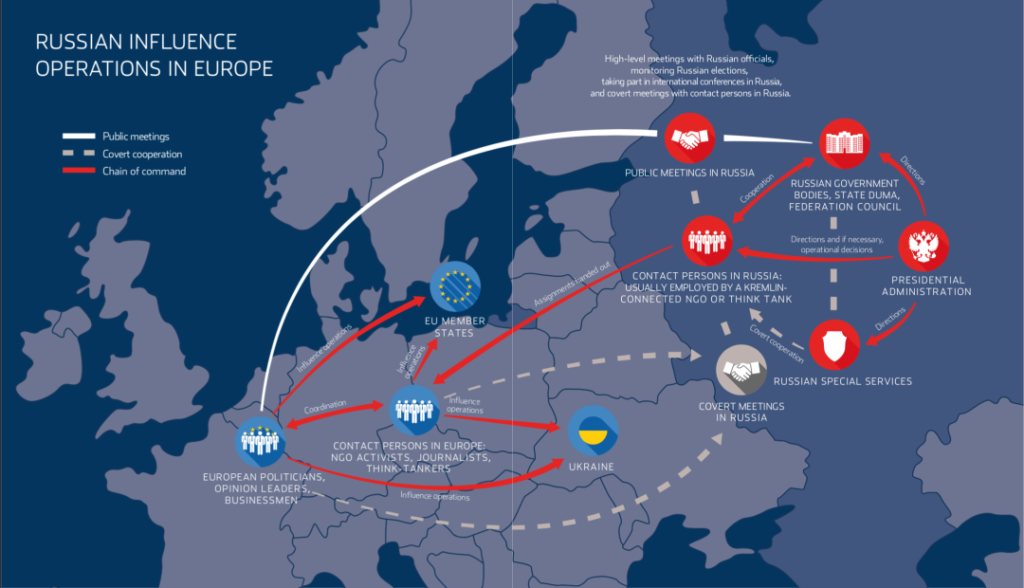