Reviving confidence in liberal democracy will require a much more visible effort from the world’s democracies and leaders should be asking what they can do to help restore faith in internationalism, writes FT analyst Philip Stephens: 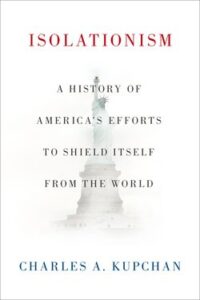 The choice for a replacement for the Pax Americana was always going to be between a Hobbesian free-for-all of great power rivalries or a patchwork of alliances and coalitions among democracies supporting an open, liberal system…. Charles Kupchan, the political scientist and foreign policy adviser to former presidents Bill Clinton and Barack Obama, spells out the default position in Isolationism, a compelling history of US foreign policy. Throughout the life of the republic, the default has been closer to isolationist than internationalist. The intensity of the US’s postwar engagement with the world was an exception.

The emergence of authoritarian regimes and populist leaders’ threats to democratic freedoms is the focus of a new book which examines the factors that have led to the erosion of democracy in five key regions and includes an analysis of how government responses to the COVID-19 pandemic have affected democratic institutions.

“There is a huge value to democracy,” said Saliba Sarsar, a co-editor of Democracy in Crisis Around the World. “Democratic rule is essential for actualizing human potential, more so than other political systems. … Democracy contributes immensely to stability, security, and prosperity. It is unfortunate that, as we watch around the world, authoritarian and populist rule are gaining ground.” 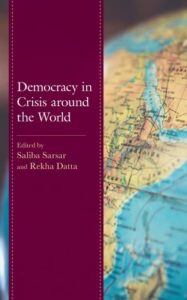 Fellow co-editor Rekha Datta, a leading authority on South Asian affairs, added: “Dreams of freedom and waves of democracy have captured the imagination and aspirations of people around the world for centuries. What we are witnessing, however, is the rise of populist leaders with authoritarian tendencies in both established and fledgling democracies. The question, therefore, arises: What will the underlying causes and impact of such a trend mean for the values of liberty and equality?”

What is the state of democracy worldwide? International IDEA’s 25th Anniversary Global Conference “Democracy Now and Next” on 19 November 2020 will offer a tour of democracy around the world. Sequenced regional webinars held within a 25 hour time-frame will provide insights from 63 leading experts on the most salient democracy-related topics, including:

– Democracy, Youth and Climate Change
– The Future of Elections in Asia and the Pacific
– Democracy Assistance in Central and Eastern Europe
– Inclusive Political Participation in Africa
– The State of Democracy in Latin America

The threat to democracy from Russia and China was the subject of a discussion at the recent Estoril Political Forum 2020 (above) on “New Authoritarian Challenges to Liberal Democracy”, featuring the National Endowment for Democracy’s Christopher Walker, among other prominent speakers.