To counter such threats, CSIS has developed an Election Cybersecurity Scorecard, writes William A. Carter, Deputy Director and Fellow at the CSIS Technology Policy Program (see below).

At the onset of the digital revolution, there was significant hope – and indeed an expectation – that digital technologies would be a boon to democracy, freedom and societal engagement, notes Ann Mettler, the head of the European Political Strategy Centre, the European Commission’s in-house think tank. Yet today, we are witnessing the rise of what might be dubbed as ‘digital authoritarianism,’ she writes in the preface to Election Interference in the Digital Age: Building Resilience to Cyber-Enabled Threats: 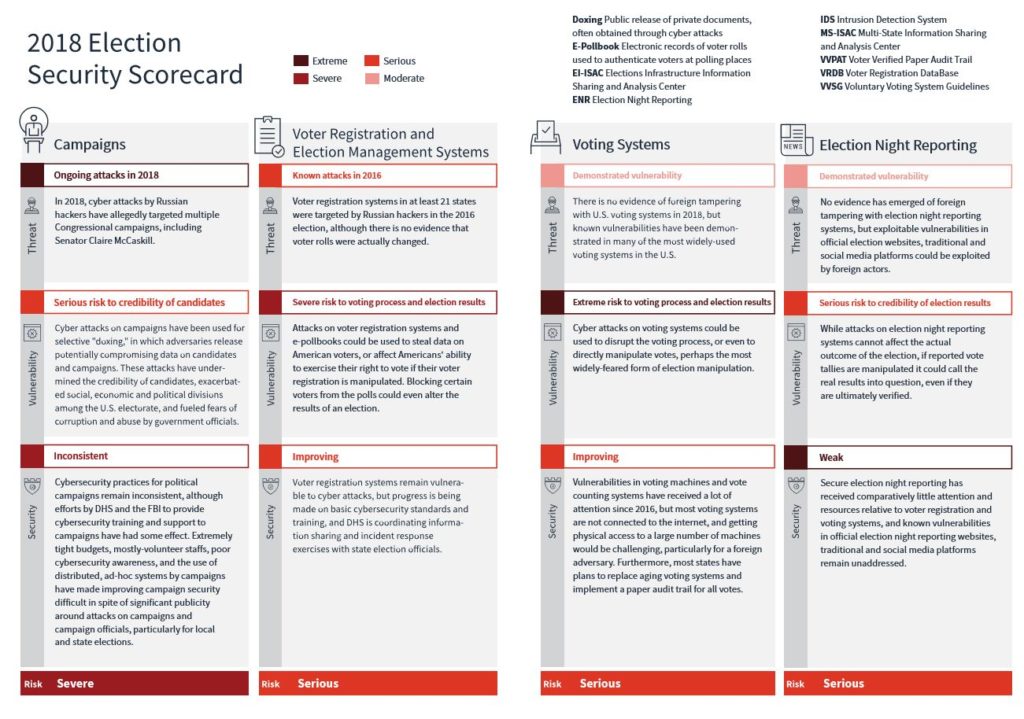