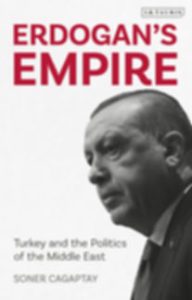 Between them, Russia and China represent the major geopolitical and ideological challenges to western liberalism. But both countries are facing public protests that undermine their governments’ claims to stability, efficiency and public support. In response, both the Russian and the Chinese governments have retreated into self-serving paranoia, alleging that mass protests in Moscow and Hong Kong are being orchestrated by foreign enemies.

To be sure, there are significant differences between events in the two cities. Nonetheless, arriving in Moscow a week after leaving Hong Kong, I was struck by the parallels, he adds, citing the protesters’ youth, sheer courage and strikingly similar grievances about phony democracy.

Ever since the ruling Justice and Development Party (AKP) suffered a rout in Istanbul’s June 23 mayoral race, Turkey has witnessed a rise in anti-government protests, mostly focusing on environmental issues. The wave of demonstrations—the country’s largest since the 2013 Gezi Park rallies—suggests a newfound vitality among the opposition, with potentially deep implications for Turkey’s democracy, say Washington Institute analysts Soner Cagaptay, author of the forthcoming book Erdogan’s Empire: Turkey and the Politics of the Middle East, and Deniz Yuksel:

The last time major anti-government rallies took place in Turkey, Erdogan was able to snuff them out not only because of his power over state security organs, but also because the opposition lacked a unified platform and leadership …..Dissent has emerged even within his own party, with former AKP economic minister Ali Babacan, the wunderkind responsible for Turkey’s “economic miracle” in the 2000s, announcing that he will establish a new political movement. Whichever path Erdogan chooses, he will face an invigorated opposition seemingly bent on pushing Turkey’s democracy into a new phase.

While inspiring solidarity and sympathy around the world, pro-democracy mobilizations often get cast by the regimes they’re up against as the product of foreign influence operations. That’s been the case in Hong Kong and Moscow — both Chinese and Russian authorities blamed outside forces, including the United States, for helping foment the unrest. The Washington Post’s Ishaan Tharoor observes:

For 21st-century democracy movements, observed Peter Pomerantsev, an author of a new book (right) on politics in the digital age, there are many other challenges beyond holding public ground and evading arrest. There are constant battles against online surveillance, broader public fatigue and increasingly sophisticated government propaganda.

“This ability to find connections and momentum in a fractured landscape is perhaps the underlying essence of the current protests,” wrote Pomerantsev in the Atlantic. “The regimes they fight have no single ideology, united only in their aim to demotivate people and break up common efforts.”….

Recent events, from Sudan and Algeria to Hong Kong, are the latest indication that political protests have increased in both frequency and size, according to research by Carnegie’s Thomas Carothers and Richard Youngs.

Protest movements articulate new issues, ideas and desires that may have a profound impact on political contests worldwide, according to the authors of Protest and Democracy. Social movement scholarship tells us that it takes sustained collective action and a willingness on the part of protesters to engage with the same institutions they seek to reform.

But the notion of a “color revolution” is a loaded one, Tharoor adds:

“A recent poll shows that 79 percent of the Hong Kong public want an independent investigation into police abuses,” noted [former NED Reagan-Fascell fellow] Michael Davis and Victoria Tin-bor Hui in The Washington Post’s Monkey Cage blog. “Addressing this one demand could readily de-escalate the tensions. But Beijing officials have made it clear that this would not happen before they have put an end to the ‘color revolution.’ ” They added that the protesters are only becoming more “entrenched” and “radicalized” by “the deafness of authorities in Hong Kong and Beijing and the indiscriminate nature of repression.”

“What we find is that when China has been facing a slowdown in exports, even before the trade wars, we found that slowdown leads to an increased occurrence of labor unrest,” Filipe Campante, professor of international economics at Johns Hopkins University, told MarketWatch:

Along with David Chor of Dartmouth, and Binjing Li of the National University of Singapore, Campante published his findings on the relationship between the Chinese export machine and growing incidents of public protests by suffering Chinese workers in a new working paper with the National Bureau of Economic Research.

The economists compiled data on public labor demonstrations from the China Labor Bulletin, a Hong Kong-based non-government organization that promotes workers rights in China, and compared that with data on Chinese export growth between 2012 and 2015, a year when the Chinese economy was slumping as a result of actions to reign in debt growth.

The recent wave of protests has seen demonstrators raise broad demands, such as ending economic inequality, while others, as in Hong Kong, have specific objectives, namely, to halt the passage of an extradition law, notes analyst Moisés Naím. Still others start with specific claims but quickly evolve into more wide-ranging demands. But the big question is whether protests work. This is not so clear, he writes in What has a bigger impact, elections or street protests?,