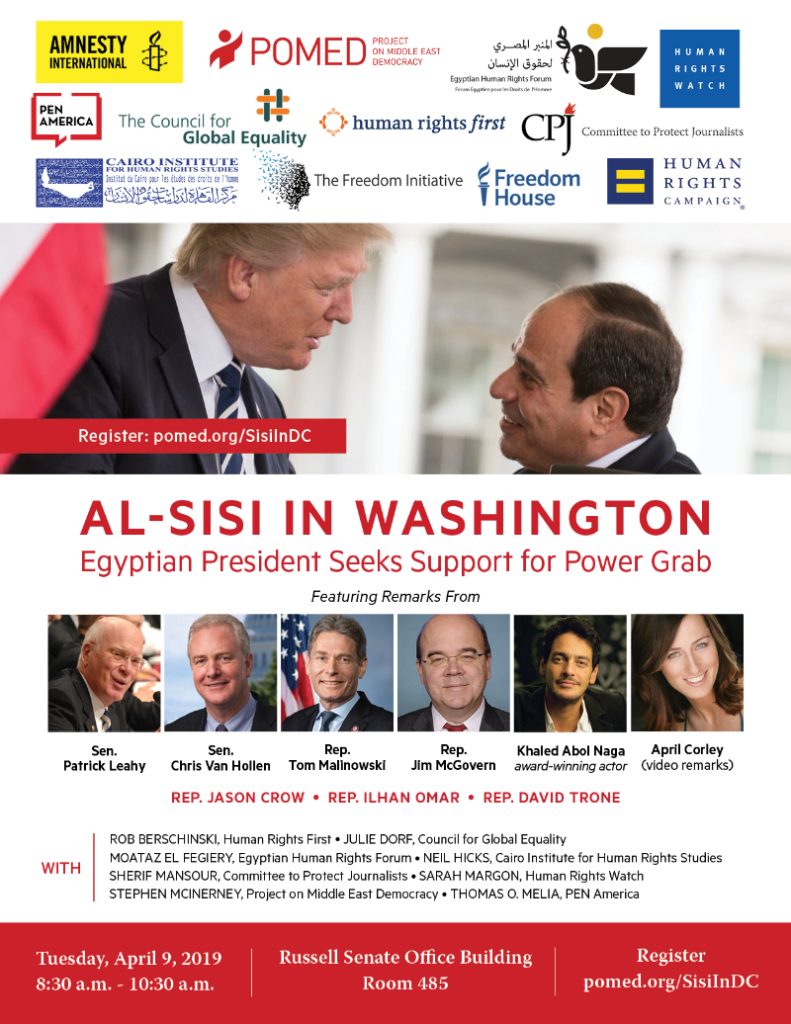 President Abdel Fattah al-Sisi’s visit to the White House on April 9, 2019 comes at a time when his government has been stifling dissent before a planned constitutional referendum that will institutionalize repression, Human Rights Watch said today:

Instead of allowing al-Sisi to return from Washington without any condemnation of his policies, members of Congress should make clear that Egypt’s ongoing repression and abuse will be met with serious restrictions on military aid that are dependent on substantial reforms and human rights improvements.

The Project on Middle East Democracy and the Carnegie Endowment for International Peace hosted a discussion of the ramifications of the amendments and al-Sisi’s visit for the future of Egypt, the U.S.-Egypt relationship, and for regional peace.