Seven months after Afghanistan’s fall to the Taliban, the UN Security Council today renewed the mandate of the the United Nations Assistance Mission in Afghanistan (UNAMA), charging it with a robust set of priorities, ranging from coordinating humanitarian aid delivery to human rights monitoring and facilitating dialogue. The Council’s 15 members, 14 voted in favor of resolution 2626, with the Russian representative abstaining.

“The Taliban need to demonstrate that extremist groups are no longer able to flourish in the country,” she said, expressing regret that one Council member decided to abstain in today’s vote, just when the country’s people most need support.

A maze of thick barricades proliferates Kabul to shield citizens from suicide bombers, car bombs, and other attacks that Afghans have suffered for decades. Turning streets into concrete canyons, the blast walls strategically protect government buildings and homes of the wealthy and powerful, while leaving many others exposed. A group of artists and volunteers in Afghanistan, ArtLords—a grantee of the National Endowment for Democracy (NED)—reimagines these bleak reminders of conflict as blank canvases for vivid murals with messages of hope (see above).

“We’re so proud to be partnering with Albania to welcome Afghan partners here, but we’re also so proud of our Afghan partners,” said NED president and CEO Damon Wilson (above), while helping to paint the mural in Tirana. “Our goal is to help you all resettle in the United States, and I know as an American what that means for my country to be enriched by you, your talents, your family, your culture. It will make my country stronger.”

The U.S. should help raise worldwide awareness of Afghanistan’s human rights crisis that includes the Taliban’s crackdown on the rights of women and girls, and do so “through engagement with Afghan civil society” groups, according to a new report from the Vandenberg Coalition:

While the world shifts its focus to Europe and weighs Putin’s intentions, Afghanistan remains a smoldering catastrophe with 22 million people, more than half of Afghanistan’s population, in desperate need of humanitarian assistance and with new terrorist threats emerging. China and Russia are also eying new economic opportunities in the war-torn, landlocked country where feuding tribal elements have defied foreign occupiers throughout history, Susan Crabtree writes for Real Clear Politics:

When the Vandenberg Coalition, a group of primarily Republican experts representing diverse foreign policy views and approaches, began their Afghanistan assessment, its members couldn’t have known that international alarm over Russia’s bloody land grab would soon eclipse the U.S. evacuation of Afghanistan. Some national security experts believe that the two U.S. foreign policy nightmares are inextricably linked – that America’s ignominious retreat in Afghanistan emboldened Vladimir Putin to move on Ukraine.

First reviewed by RealClearPolitics, the report argues that countering China’s inroads in Afghanistan is a critical U.S. national security interest, but that the U.S. should avoid trying to check Beijing’s every move, because doing so could become a costly distraction to more crucial competition in the region, Crabtree adds. 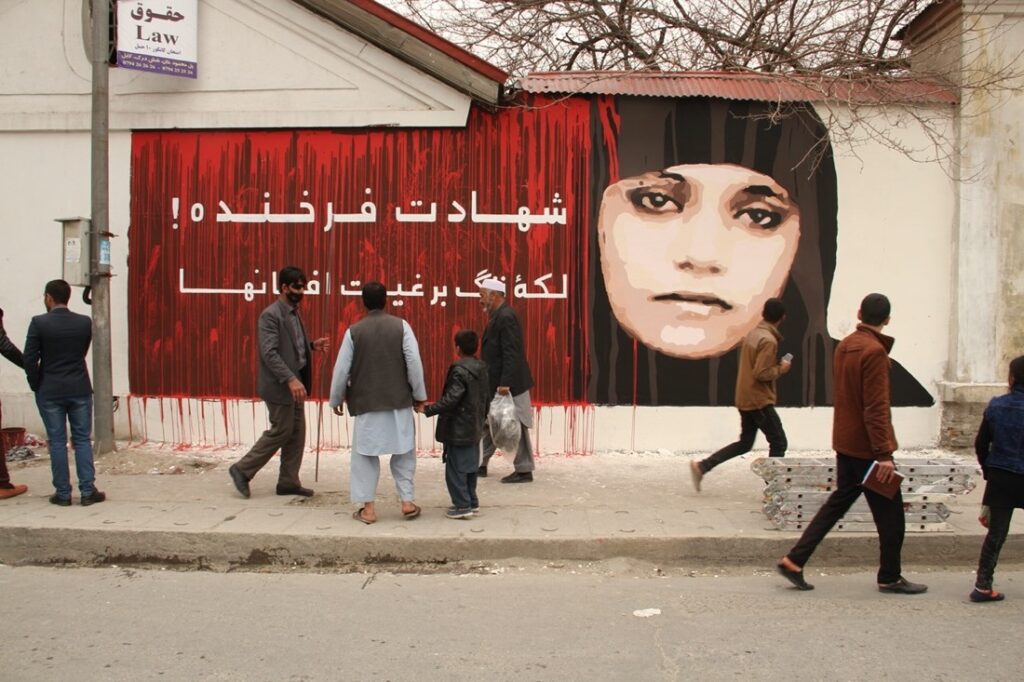 “China is unlikely to cooperate in a process that erodes Taliban control in Afghanistan and will instead attempt to increase its influence and access in Afghanistan, Central Asia, and Pakistan,” the report states. “The U.S. is best served by focusing on competing with China primarily in the Indo-Pacific while otherwise raising costs for Chinese cooperation with the Taliban.”

A new report from the United Nations Assistance Mission in Afghanistan (UNAMA) shows the escalation of extrajudicial killings, the disappearance of former government employees, and the detention of women’s rights activists and journalists, including ethnic and religious minorities. Afghanistan is facing a dire human rights emergency that is deteriorating by the day. Since the fall of Kabul in August, the Taliban have threatened fundamental rights and freedoms, with women, girls, and civil society among those most affected. 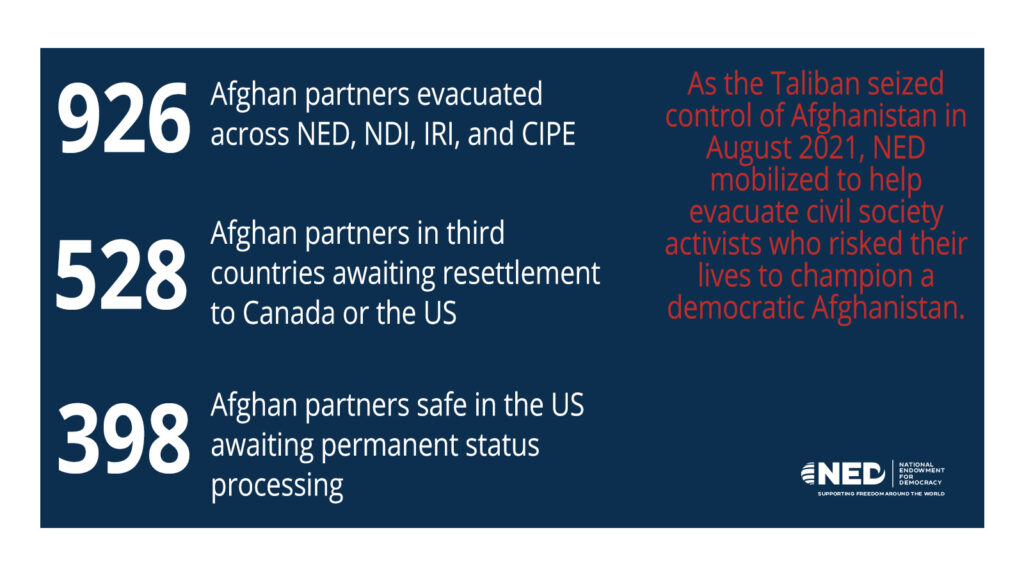 In the lead up to the UNAMA mandate renewal, the Group of Friends of Women in Afghanistan and the Georgetown Institute for Women, Peace, and Security hosted a high-level event (above) with Afghan women experts and National Endowment for Democracy (NED) board member Melanne Verveer to consider how to make international mechanisms more effective in upholding human rights for women and girls in Afghanistan.

A discussion of the report will be moderated by Vandenberg Coalition executive director Carrie Filipetti and feature NED board member Amb. Kelley Eckels Currie, Amb. Nathan Sales, and Vandenberg’s senior policy director Dr. Amanda Rothschild. Panelists will discuss key findings from the report, the future of American policy in Afghanistan, lessons learned from the 2021 crisis, and the implications for U.S. interests around the world including in Ukraine and in competition with China. Mar 21, 2022 12:00 PM Eastern Time (US and Canada) Register here.