A country’s soft power comes primarily from three sources: its culture (when it is attractive to others), its political values such as democracy and human rights (when it lives up to them), and its policies (when they are seen as legitimate), notes Joseph S. Nye, Jr., a former dean of the Harvard Kennedy School of Government and author most recently of Do Morals Matter? Presidents and Foreign Policy from FDR to Trump (above). How a government behaves at home (for example, protecting a free press and the right to protest), in international institutions (consulting others and multilateralism), and in foreign policy (promoting development and human rights) can attract others by example. Wednesday’s example was awful, but we may recover from it, he writes for the National Interest: 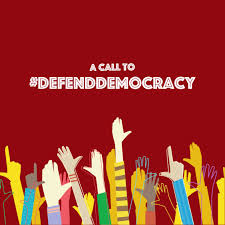 For those who mourn American democracy prematurely, it is important to remember that the 2020 election saw an unprecedented turnout of voters who were able to unseat a demagogue. And it was sustained in more than sixty court cases overseen by an independent judiciary including some of Trump’s appointees. And yesterday the outcome was finally reaffirmed by the Congress including the Republican vice president and Senate minority leader.

This does not mean that all is well with American democracy, adds Nye, noting the erosion of a number of democratic norms that must be restored.

While U.S. allies in NATO and in Asia will be relieved that a committed internationalist will once again lead the United States, the view that global leadership is not an American entitlement and the plan to host a global “Summit for Democracy” will create more problems than benefits—have been profoundly reinforced by the Battle of Capitol Hill, analysts James Goldgeier and Bruce W. Jentleson write in an article for Foreign Affairs:

After 9/11, the United States received supportive messages from allies, with NATO invoking its Article 5 collective security provision for the first time. This week, allies expressed shock and dismay. Most pointedly, German Foreign Minister Heiko Maas tweeted that “the enemies of democracy will be happy to see these incredible pictures from #WashingtonDC.” No other Western democracy has witnessed anything close to this type of political violence in recent years.