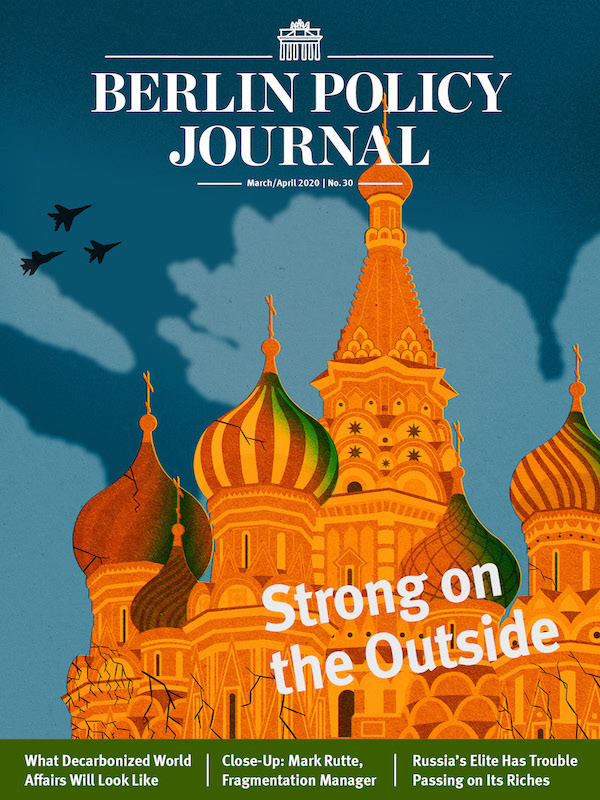 Vladimir Putin’s handling of the coronavirus crisis has produced a paradox: instead of using the pandemic to further strengthen his personalized power, Russia’s president has refused to take tough measures, leaving his administration in disarray. Various signs point to an existential crisis, notes analyst Lilia Shevtsova.

A system oriented toward solving bureaucratic tasks demonstrates its inefficiency in an emergency situation. It can  crack down on the protests, but is unable to tackle national disasters. It is quite a paradox: an authoritarian regime unable to successfully implement authoritarian measures! Shevtsova writes for the Berlin Policy Journal:

Systemic conundrums have become apparent, too. Putin will have to think about how to revive Russia’s ravaged economy. He will also have to balance Russia’s domestic insulation with its participation in the global politics, which he is eager to continue. Putin will try to return to the international scene as the responsible leader accepted by the West, and not only by China. Of course, in case of domestic disorder he may try to switch to the real “fortress Russia” mode. But this move will hardly be supported by the part of the Russian elite that has become globalized and personally integrated into the West.

The social groups that are among the most hurt by the measures imposed by the Kremlin are Putin’s political opponents: independent business owners (typically small and medium) who are not dependent on state payments, and opposition-minded Russians in big cities, who receive independent news over the internet, as opposed to state-controlled mass media, adds CEPA analyst Maria Snegovaya, a former NED Penn Kemble fellow. The entrepreneurs will receive almost no state support and will have to continue paying salaries to their employees in the upcoming month with no revenues and no ability to fire their workers. Many face ruin. The authorities in big cities are developing new aggressive surveillance methods through internet apps that would monitor lockdown violations by individuals.

The challenges facing the Kremlin are formidable, adds Shevtsova (above, left), a member of the Editorial Board of the National Endowment for Democracy’s  Journal of Democracy. Depleted health care systems, corrupted authorities, an atomized and demoralized society, the state’s inability to help the most vulnerable segments of society—all that mean that Russia is moving toward an existential crisis.