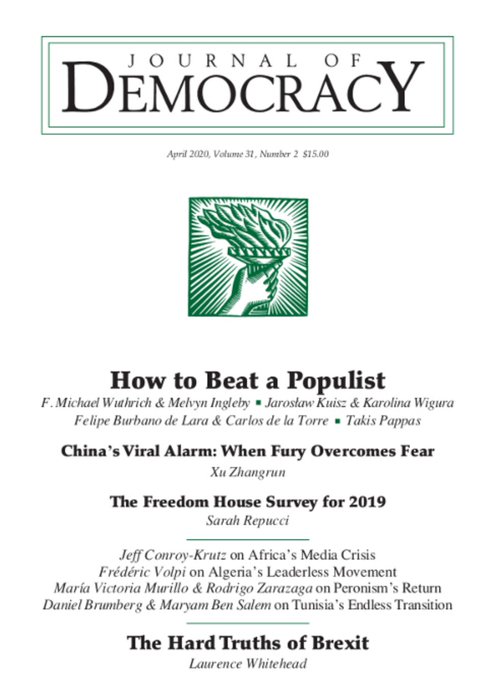 Popular support for democracy was dwindling even in the decade before expert surveys (such as Freedom in the World and V-Dem) began to show the reality of democratic retreat, according to analysts Yun-han Chu, Kai-Ping Huang, Marta Lagos, and Robert Mattes.

Decreasing support for democracy is tied to low satisfaction with how democracy works in practice, and it contributes to the rise of populist leaders who concentrate power in the executive branch. These phenomena reflect the waning capacity of the state to improve governance across all countries. As a result, democracy is likely to face another lackluster decade if both structural and institutional problems are left unsolved.

A widening gap between the trust that citizens are willing to place in the executive and the trust that they accord to the legislature may be the harbinger of executive aggrandizement, they write for the Journal of Democracy, citing two main findings.

Although expert surveys were sunnier and concluded that the retreat of the third-wave democratization between 2005 and 2016 was worrying but not threatening, results based on popular surveys showed a precipitous fall in support for democracy across countries during the same period, with much stronger reasons for pessimism, they conclude. RTWT

This essay and other articles from the new issue of the @JoDemocracy are now open for free at Muse here.