Putin’s and Xi’s exploitation of the autocrat’s playbook is posing profound challenges for democratic societies across continents, according to a new analysis.

Moscow and Beijing have some significant advantages over their democratic competitors, and these asymmetries appear to guide the approaches they take to achieve their goals, say the Brookings Institution’s Jessica Brandt and Zack Cooper, a senior fellow at the American Enterprise Institute, co-director of the Alliance for Securing Democracy, and a lecturer of public and international affairs at Princeton University. 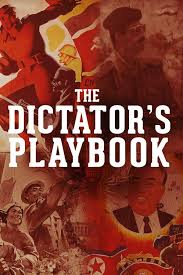 Authoritarians’ top-down economic systems give them the ability to wield monopolies, state subsidies, market restrictions, and unwritten regulations in order to direct market activity toward their strategic objectives, they write in Sino-Russian Splits: Divergences in Autocratic Coercion, an essay for the Washington Quarterly: 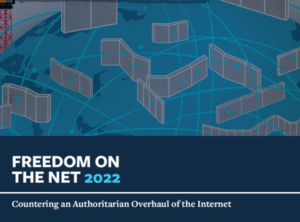 There is evidence that autocrats’ approaches are increasingly aligned, although in most cases it is not clear whether this is because they are learning from each other or actively coordinating, Brandt and Cooper add.

In any case, a new Foreign Malign Influence Center should be established, they suggest, fully resourced to assess the full range of foreign interference threats, cut across stovepipes within government and share information with entities outside government including private sector leaders, democratic partners, and the public. RTWT

Connectivity is no longer a convenience, but a necessity, says Freedom House analyst Allie Funk. But now the Internet’s a battle space, she tells Democracy Paradox. I think this year unfortunately we’ve seen that more than ever with Russia’s brazen invasion of Ukraine about how the internet and digital platforms can be used either to pursue authoritarian ends or to promote democracy and freedom, says the co-author of the recent FH report on Internet freedom.

This Wed, Oct. 26 at Noon ET, please, join us for an online event with @sguriev, Provost of @sciencespo, #Paris and author of “Spin Dictators: The Changing Face of Tyranny in the 21st Century.” @CASatUSF @USFLanguages @USFHistory @ScPoResearch Join: https://t.co/L3nmWFj8rp pic.twitter.com/yreCPCwkWH