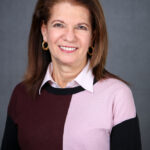 Citizens of Cuba, Nicaragua and Venezuela have suffered for too long under the despotic rule of Castrismo, Orteguismo and Chavismo-Madurismo, says Miriam Kornblith (right), the Senior Director for Latin America and the Caribbean at the National Endowment for Democracy (NED). Ordinary citizens, political parties, organized civil society, media, business, labor, religious associations in varying degrees in each country have attempted to restore or establish democratic standards through peaceful means, but have not succeeded. Latin America cannot claim the title of a democratic region while those regimes endure and their influence spreads, she writes in a Chatham House symposium:

The democratic international community in Latin America and beyond has become increasingly aware of the nefarious consequences of these regimes on their own people and the region. These regimes exchange methods on using repression, espionage and torture to thwart dissent; fuel corrupt and kleptocratic practices all over the Latin America and beyond; and facilitate the presence of malign international actors in the region, including autocratic and rogue states and international organized crime.  Their mistreatment of their people has led to massive migration and refugee crises.

The failure of attacks on American democracy shows the value of strong institutions, says an adviser to President-elect Joe Biden, the Economist observes. If the United States can overcome such assaults, it may be able to help its Latin American neighbors do the same.

Years of lower-than-expected growth and now the economic contraction brought by the COVID-19 pandemic will force governments to focus on their own domestic economies and political futures, notes Dr Christopher Sabatini, the Senior Research Fellow for Latin America on the US and the Americas Programme at Chatham House. The tumbling rates of economic growth are expected to wipe out 20 years of economic growth, development and poverty reduction. As a result, in 2021, governments from Mexico to Chile will likely also be preoccupied with rising popular dissatisfaction and potential political upheaval.

In 2021 Latin America will remain a battleground between liberal democrats and populists of both the right and the left. In recent years populists have been on the rise, but the tide seems to be turning, argues Dean Andrés Velasco, former Minister of Finance in Chile from 2006-10.

This year El Salvador (February), Chile (April), Bolivia (March), Mexico (June) and Argentina (October) will have key mid-term elections, and Ecuador (February), Peru (April) and Chile, Honduras and Nicaragua (November) will hold general elections, adds Vanessa Rubio, a Professor in Practice for the School of Public Policy at the London School of Economics and Political Science. The still-fragile democracies and the long-sought prosperity in the region will largely depend on the quality of political leadership those elections and future ones produce.

A main priority for the region is to build solid multilateral coalitions between domestic and international players to define strategies and approaches to foster democratic transitions and establish solid and functional democracies in the autocratic countries, to end the suffering of their people and prevent their rulers from further damaging the democratic foundations of Latin America, the NED’s Kornblith suggests. RTWT